The 3rd Liga match at Sportclub Arena on Sunday will see home side Verl lock horns with Duisburg.

Scroll down to see all of the predictions, poll and statistics for Verl v Duisburg - as well as the best betting odds.

Verl go into this fixture following on from a 2-2 3rd Liga stalemate versus Meppen.

It’s been seldom in recent times where Verl haven’t conceded. The reality is that Verl have seen their defence breached in 5 of their previous 6 clashes, shipping 11 goals along the way.

Since tasting defeat last time out to Dynamo Dresden in 3rd Liga action, Duisburg and their travelling supporters will be hoping that they can get a better result in this one.

In the course of their 6 latest matches, Torsten Ziegner's Duisburg have converted a total of 9 times - giving them the goals per game average of 1.5.

The last league clash between these sides was 3rd Liga match day 38 on 14/05/2022 which finished with the scoreline of Verl 1-1 Duisburg.

We feel that Duisburg and Verl could both well score here although it’s hard to see a clear-cut winner.

A close call, and we think a draw is quite likely. We therefore think that it’s going to be a very even match with a score draw at the end of the 90 minutes. 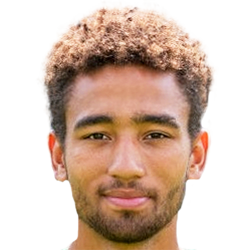 Generally playing in the Striker position, Cyrill Akono was born in Germany. Having played his first senior match for Preussen Münster in the 2017 - 2018 season, the talented Forward has contributed 2 league goals in the 3. Liga 2022 - 2023 season so far in a total of 8 appearances.

We have made these Verl v Duisburg predictions for this match preview with the best intentions, but no profits are guaranteed. Please always gamble responsibly, only with money that you can afford to lose. We wish you the best of luck.