Viktoria Cologne will be facing away side Duisburg at Sportpark Höhenberg in this 3rd Liga meeting on Saturday.

Our Viktoria Cologne v Duisburg tips, poll and stats can be seen in full below - plus the latest match odds.

Viktoria Cologne will be hoping for a better result after a 1-0 3rd Liga loss in their previous game against Havelse.

It’s not been often in recent times where Viktoria Cologne have kept a clean sheet. It will be a concern for them that Viktoria Cologne have failed to prevent opponents from scoring in 5 of their previous 6 matches, shipping 11 goals on the way. While that may be of interest, time will tell if that trend might be replicated in this next game.

Going into this game, the form guide shows that Viktoria Cologne:

Duisburg will go into this meeting following a 3-2 3rd Liga win with the defeat of Eintracht Braunschweig in their most recent game.

For Duisburg, goals were scored by Niko Bretschneider (12') and Orhan Ademi (22', 70'). Martin Kobylański (80') and Philipp Strompf (92') scored for Eintracht Braunschweig.

Looking at their form, and Duisburg have been scored against in 5 of their last 6 games, seeing their opponents hit 11 goals in total. At the back, Duisburg have seen their frailties exposed.

The previous league contest featuring these clubs was 3rd Liga match day 28 on 13/03/2021 when it finished Viktoria Cologne 3-1 Duisburg.

The match was refereed by Max Burda.

When taking everything into account, Duisburg might need a bit of good fortune to hit the back of the net against this Viktoria Cologne team who will likely get the win and a maybe even keep a clean sheet as well.

We’re therefore tipping a hard-fought contest, finishing with a 1-0 winning score for Viktoria Cologne at the end of this game. 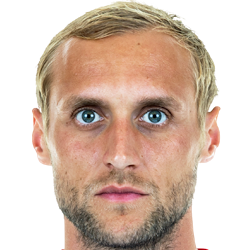 Regularly deployed in the Right Attacking Midfielder position, Marcel Risse was born in Köln, Germany. Having made a first senior appearance for Bayer Leverkusen in the 2007 - 2008 season, the skilful Midfielder has managed to score 2 league goals in the 3. Liga 2021 - 2022 campaign so far in 9 appearances.

We have made these Viktoria Cologne v Duisburg predictions for this match preview with the best intentions, but no profits are guaranteed. Please always gamble responsibly, only with money that you can afford to lose. Best of luck.