MTK Budapest arrive at Fehérvári úti Stadion on Saturday for the Nemzeti Bajnokság I fixture with home side Paksi SE.

For all of our match predictions, pre-game poll and statistics for Paksi SE v MTK Budapest, scroll down - plus the latest match odds.

Paksi SE will want to continue from where they left off last time out with the 2-1 Nemzeti Bajnokság I victory against Újpest FC.

Paksi SE have been conceding pretty frequently of late, but they’ve also managed to score goals themselves. Over their last 6 matches, Paksi SE have seen their goal breached in 6 of them in addition to managing to get on the scoresheet in 6 of those matches. That trend might not follow through into this match, however.

Ahead of this meeting, Paksi SE haven't been defeated in their previous 2 home league matches.

Following on from being defeated in their last game at the hands of Videoton FC in Nemzeti Bajnokság I competition, MTK Budapest will be hoping to turn things around here.

The only name on the scoresheet from MTK Budapest was Gheorghe Grozav (45'). Kenan Kodro (73', 79') was the scorer for Videoton FC.

MTK Budapest have seen success in front of goal in their most recent fixtures, scoring 7 times in their previous 6 matches. Having said that, MTK Budapest have been somewhat leaky at the back, having also been scored against in 5 of those same games.

Coming into this clash, MTK Budapest haven't beaten Paksi SE in games played away from home for the previous 9 matches in the league. An awful away record.

Looking over their prior head-to-head meetings going back to 15/09/2018 tells us that Paksi SE have won 5 of these games & MTK Budapest 1, with the number of draws being 0.

A combined sum of 19 goals were yielded between them in these games, with 14 of them from Atomcsapat and 5 netted by MTK. That’s an average goals per game of 3.17.

The previous league clash between these clubs was Nemzeti Bajnokság I match day 27 on 03/04/2021 when the final score was Paksi SE 3-1 MTK Budapest.

The Paksi SE manager György Bognár does not have any fitness concerns at all ahead of this match owing to a completely healthy squad to pick from.

Thanks to a completely healthy squad available for selection, the MTK Budapest boss Giovanni Constantino does not have any fitness concerns to speak of ahead of this clash.

One thing is for certain, MTK Budapest will have a tough assignment to find the back of the net against a Paksi SE team who will most probably set up a big win.

We reckon that it will be a very comprehensive 3-0 winning scoreline for Paksi SE at the end of the game. 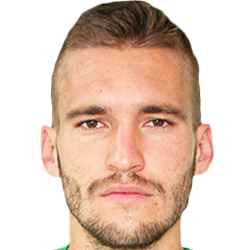 Normally taking up the Striker position, János Hahn was born in Szekszárd, Hungary. After having made a senior debut playing for Paksi SE in the 2012 - 2013 season, the accomplished Forward has got 4 league goals in the Nemzeti Bajnokság I 2021 - 2022 campaign to date from a total of 4 appearances.

While we have made these predictions for Paksi SE v MTK Budapest for this match preview with the best of intentions, no profits are guaranteed. Always gamble responsibly, and with what you can afford to lose. Best of luck.