Zalaegerszegi TE make the trip to Hidegkuti Nándor Stadion on Sunday for the Nemzeti Bajnokság I game with hosts MTK Budapest.

Scroll down to see all of the predictions, poll and statistics for MTK Budapest v Zalaegerszegi TE (including the best match odds).

MTK Budapest will play in this match following a 1-1 Nemzeti Bajnokság I tied result vs Diósgyõri VTK.

The only scorer from MTK Budapest was Szabolcs Schön (55'). Gábor Molnár (29') scored for Diósgyõri VTK.

Fixtures featuring MTK Budapest have tended to be lively encounters recently with a lot of goalmouth action the rule rather than the exception. Over their past six clashes, a grand total of 20 goals have flown in for both teams combined (at an average of 3.33 goals per game) with 8 of these being chalked up by MTK.

Going into this game, the form guide shows that MTK Budapest:

Following on from being beaten in their last game against Ferencvárosi TC in Nemzeti Bajnokság I competition, Zalaegerszegi TE will be aiming to make amends here.

The only player to score from Zalaegerszegi TE was Benjamin Babati (83'). Eldar Civič (40') and Igor Kharatin (53') scored for Ferencvárosi TC.

In their previous 6 clashes, Zalaegerszegi TE have bagged a total of 9 goals. Zete have also managed to score in every single one of those games. In that time, their defenders have had 9 goals go against them. That aside, we’ll just have to find out if such a trend might persist here in this match.

Ahead of this clash, Zalaegerszegi TE have not won away from home in their last 2 league games.

An examination of their prior head to head clashes going back to 30/08/2008 shows us that MTK Budapest have won 1 of them & Zalaegerszegi TE 5, with the number of drawn matches standing at 0.

A total of 16 goals were scored between the two sides in this period, with 5 of them from MTK and 11 for Zete. That’s an average goals per game of 2.67.

MTK Budapest boss Michael Boris has zero fitness concerns whatsoever ahead of this clash owing to a fully injury-free squad available to select from.

With a fully injury-free group available to select from, Zalaegerszegi TE boss Gábor Boér has no fitness worries to speak of coming into this clash.

In our view, Zalaegerszegi TE are certainly able to score a goal against this MTK Budapest outfit, although that probably shouldn’t be as many as they’ll concede.

We’re expecting a close game with a 2-1 winning margin for MTK Budapest by the conclusion of the game. Looking forward to seeing how this one unfolds. 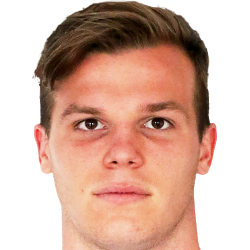 Mostly playing in the Striker position, Daniel Gera was born in Hungary. After having played his first senior match for MTK Budapest in the 2014 - 2015 season, the gifted Forward has scored 2 league goals in the Nemzeti Bajnokság I 2020 - 2021 season so far in 3 appearances.

We have made these MTK Budapest v Zalaegerszegi TE predictions for this match preview with the best intentions, but no profits are guaranteed. Please always gamble responsibly, only with money that you can afford to lose. Good luck if you do place a bet today.