MVV will be visiting Rat Verlegh Stadion on Friday for the Eerste Divisie meeting with home side NAC Breda.

View all of the NAC Breda v MVV predictions, poll and stats below - as well as the best betting odds.

NAC Breda, who won their previous game, will hope for a similar result following the 0-2 Eerste Divisie victory vs NEC.

It’s been all too rare in recent times where NAC Breda haven’t conceded. In fact, De Parel van het Zuiden have failed to prevent opponents from scoring in 5 of their previous 6 games, giving up 8 goals along the way.

Ahead of this meeting, NAC Breda are unbeaten in the league by MVV in their last 3 matches.

In their last game, MVV drew 2-2 in the Eerste Divisie tie with FC Volendam.

Showing their predisposition for eventful encounters, goals have been seen as many as 21 times in the previous six matches in which MVV have taken to the field, giving an average of 3.5 goals per meeting. Opposing teams have managed 11 of these goals. Putting that to one side, we’ll just have to find out whether the trend shall be replicated in this game or not.

Going into this contest, MVV are unbeaten in their previous 2 league matches away from home.

A review of their past head to head meetings stretching back to 13/09/2015 tells us that NAC Breda have won 2 of these games and MVV 1, with the number of drawn matches being 3.

A sum of 16 goals were scored between them in these games, with 10 of them from De Parel van het Zuiden and 6 netted by MVV. The average number of goals per game works out to 2.67.

The last league clash featuring these clubs was Eerste Divisie match day 11 on 06/11/2020 when it finished MVV 1-4 NAC Breda.

We feel that NAC Breda will most probably get the win and a possible clean sheet when they come up against MVV, who might well find it a difficult task to score.

We’re tipping a pretty comfortable 2-0 winning margin for NAC Breda at the conclusion of the game. 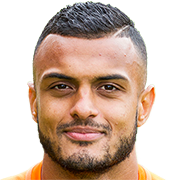 Normally taking up the Striker position, Mario Bilate was born in Moscow, Netherlands. After having made a senior debut playing for Sparta Rotterdam in the 2011 - 2012 season, the dangerous Forward has managed 9 league goals in the Eerste Divisie 2020 - 2021 season so far in a total of 26 appearances.

We have made these NAC Breda v MVV predictions for this match preview with the best intentions, but no profits are guaranteed. Please always gamble responsibly, only with money that you can afford to lose. Good luck!