This MVV v Roda JC Kerkrade live stream video is scheduled to be broadcast on 11/04/2021. Fans of both clubs can watch the clash on a live streaming service should the game be featured in the schedule provided above. Here we arm you with useful information for watching this Eerste Divisie match including the most recent team form, h2h meetings and our game views.

In order to watch this match via other methods, search for TV channel schedules relating to your country. Such broadcasting deals are usually granted on a per-competition/league or even individual fixture arrangement basis. For matches shown live on regional tv programmes, check the listings on the likes of BT Sport, Amazon Prime Video, Sky Sports, Now TV, iTV, Canal+, Fox Soccer, ESPN relevant to your current location.

Where the abovementioned broadcaster indicates that they have the MVV v Roda JC Kerkrade football live streaming service, you can watch it on mobile devices (iPhone, Android including Tecno) and computer plus tablet (eg iPad, Samsung Galaxy Tab).

Post-game, we might also link to game highlights from time to time. We are not responsible for the transmission of any match video content linked to from here. All legal issues must be directed to the hosters/owners of the content.

Roda JC Kerkrade will be at De Geusselt on Monday for the Eerste Divisie tie with home team MVV.

All MVV v Roda JC Kerkrade game predictions, stats and user poll are shown below - along with the latest match odds.

MVV will be hoping to return to winning ways here following the 3-1 Eerste Divisie loss in their previous game against Jong PSV.

MVV haven’t had any problems with scoring, hitting the target every time they’ve gone out to play in their last 6 matches.

They have totted up the amount of 12 during that period while seeing the number of goals scored against them stand at 9.

Leading up to this clash, MVV:

In their previous fixture, Roda JC Kerkrade drew 0-0 in the Eerste Divisie tie with Go Ahead Eagles.

In that game, Roda JC Kerkrade had 60% possession and 9 shots at goal with 2 on target. Go Ahead Eagles had 5 attempts on goal with 1 on target.

Roda JC Kerkrade have been dangerous up front of late, scoring 11 goals in their previous 6 matches. While their manager Jurgen Streppel will no doubt take that as a positive sign, De Koempels have had their own issues at the back, also conceding in 5 of those same matches. Regardless, we will just have to wait and see if that trend will be replicated in this match.

Heading into this fixture, Roda JC Kerkrade are without a win away from home in their last 2 matches in the league.

Checking out their prior head to head meetings going back to 28/05/2017, there has been little between the sides with MVV winning 2 of those games, Roda JC Kerkrade 2 and 2 being drawn in normal time.

14 goals were scored between them in this period, with 7 of them from MVV and 7 coming from De Koempels. That’s an average goals per game figure of 2.33.

The previous league match featuring these sides was Eerste Divisie match day 12 on 14/11/2020 when it finished Roda JC Kerkrade 2-0 MVV.

Owing to a completely healthy squad ready to go, Roda JC Kerkrade boss Jurgen Streppel has no fitness concerns at all ahead of this match.

Our feeling is that Roda JC Kerkrade and MVV could both end up scoring in what appears to be a good match-up, with little separating these two teams.

There should be little in it, and a draw looks to be quite a realistic result. We’re therefore tipping a close game with a 1-1 scoreline after 90 minutes. 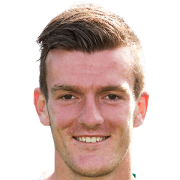 Customarily deployed in the Striker position, Arne Naudts was born in Belgium. Having made his senior debut playing for Cercle Brugge in the 2010 - 2011 season, the skilful Forward has managed to score 7 league goals in the Eerste Divisie 2020 - 2021 campaign so far in 26 appearances.

We have made these MVV v Roda JC Kerkrade predictions for this match preview with the best intentions, but no profits are guaranteed. Please always gamble responsibly, only with money that you can afford to lose. Best of luck.

⚽️ Where can I find the odds for other Eerste Divisie matches?

View all of our next (and previous) Eerste Divisie predictions & previews here.