Return to this page a few days before the scheduled game when this expired prediction will be updated with our full preview and tips for the next match between these teams.
Full-Time Result Prediction for MVV vs SC Cambuur
SC Cambuur to Win

Our thinking is that MVV will need to push hard to be putting a goal past this SC Cambuur lineup who we think will likely do enough to score at the other end and edge ahead. We therefore think that it’s going to be a very even contest with a 0-1 victory for SC Cambuur after 90 minutes. It should be a good one. Our full set of predictions, statistics and match poll for MVV v SC Cambuur can be seen below - plus the latest match odds.

Analysis of their past results shows that SC Cambuur:

Their previous form shows that MVV: 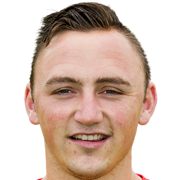 Mostly playing in the Left Wing position, Joeri Schroijen was born in Weert, Netherlands. After making a first senior appearance for Fortuna Sittard in the 2010 - 2011 season, the accomplished Forward has scored 2 league goals in this Eerste Divisie 2019 - 2020 campaign so far in 8 appearances.

We have made these MVV v SC Cambuur predictions for this match preview with the best intentions, but no profits are guaranteed. Please always gamble responsibly, only with money that you can afford to lose. We wish you the best of luck.