Our Telstar v MVV tips, poll and stats can be seen in full below (inc. the best betting odds).

Telstar will be looking for an improved result here following the 2-1 Eerste Divisie defeat last time out to FC Volendam.

In that game, Telstar managed 44% possession and 12 attempts at goal with 2 of them on target. The scorer for Telstar was Glynor Plet (5'). At the other end, FC Volendam had 16 shots at goal with 7 on target. Mike Eerdhuijzen (30') and Robert Mühren (36') scored for FC Volendam.

Telstar have been conceding pretty frequently lately, although they have also done enough to convert their own chances into goals. Analysis of their previous 6 games shows that Telstar have conceded in 5 of them as well as scoring in 5 of those games. That pattern won’t necessarily be carried forward here, however.

Leading up to this clash, Telstar:

Following on from a losing effort in their last game against Roda JC Kerkrade in Eerste Divisie action, MVV will be aiming to make amends here.

The stats don’t lie, and MVV have been scored against in 6 of their last 6 games, seeing their opponents hit 10 goals overall. At the back, MVV have seen their frailties exposed.

Coming into this meeting, MVV are without a win away from home in their last 2 matches in the league.

Looking over their most recent head to head meetings going back to 01/02/2019 shows that Telstar have won 2 of these and MVV 4, with the number of drawn matches standing at 0.

A combined total of 16 goals were shared by the two clubs during those clashes, with 5 of them from Witte Leeuwen and 11 for MVV. That’s an average goals per game figure of 2.67.

The previous league contest between these sides was Eerste Divisie match day 5 on 05/09/2021 and the score finished MVV 3-0 Telstar.

On the other side, Telstar got 13 attempts on goal with 4 on target.

MVV manager Klaas Wels has not got a full squad to pick from. Mehdi Lazaar (Knock) and Lucas Kalala (Achilles tendon surgery) will not be playing here.

Our feeling is that MVV are dangerous enough to put one past this Telstar side, but it realistically won’t be enough to avoid defeat.

We’re tipping a close game with a 2-1 win for Telstar at the end of the 90 minutes. It should be a decent one. 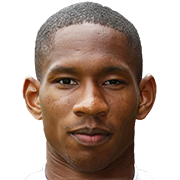 Mostly played in the Striker position, Glynor Plet was born in Amsterdam, Netherlands. After having played his first senior match for Den Bosch in the 2005 - 2006 season, the accomplished Forward has netted 6 league goals in the Eerste Divisie 2021 - 2022 campaign so far in 21 appearances.

While we have made these predictions for Telstar v MVV for this match preview with the best of intentions, no profits are guaranteed. Always gamble responsibly, and with what you can afford to lose. We wish you the best of luck.