This Nacional v Braga live stream video is set for 26/02/2021. Soccer fans can watch the match on a live streaming service should the game be included in the schedule mentioned above. Here we arm you with useful info for watching this Primeira Liga match including the most recent team form, head to head clashes and our game views.

To view the game via alternative methods, search for tv listings in your local region. These broadcasting contracts are usually allocated on a per-competition/league or even individual fixture level. For matches shown live on regional television programmes, check the schedules on channels such as BT Sport, Amazon Prime Video, Sky Sports, Now TV, iTV, Canal+, Fox Soccer, ESPN that are relevant for where you are.

Where the abovementioned broadcaster indicates that they have the Nacional v Braga soccer live streaming service, you can see it on mobile devices (iPhone, Android including Huawei) and PC or even tablet (eg iPad, Lenovo Tab).

After the match finishes, we may also link to highlights from time to time. We aren’t responsible for transmitting any game video content linked to from this site. All legal complaints must be dealt with via the hosters/owners of this content.

The Primeira Liga tie at Estádio da Madeira on Sunday sees home team Nacional take to the field against Braga.

View all of the Nacional v Braga predictions, poll and stats below including the latest game odds.

Nacional will be hoping for a better result after the 2-1 Primeira Liga loss in their previous game against Belenenses.

Over their past six games, Luís Freire's Nacional have hit the target a combined total of 7 times resulting in an average number of goals per match of 1.17.

Coming into this meeting, Nacional have not emerged victorious against Braga in their last 10 matches in the league.

Following on from suffering a loss in their previous game against Roma in Europa League competition, Braga and their travelling fans will hope for a better result here.

Looking at their form, and Braga have been scored against in 5 of their last 6 games, conceding 10 goals in total. Defensively, Os Arcebispos have seen their frailties exposed. We will have to find out whether or not that trend will end up being continued on into this next match.

Going into this game, the form guide shows that Braga:

A quick look at their past head to head meetings going back to 17/01/2016 shows that these encounters have been miserable for Nacional. They’ve not been able to come away with any victories whatsoever whereas Braga have dominated them, beating them in 83 per cent of those matches.

A total of 21 goals were scored between them during those clashes, with 5 of them from Os Alvinegros and 16 created by Os Arcebispos. The average number of goals per game works out to 3.5.

The last league meeting between these sides was Primeira Liga match day 4 on 17/10/2020 when it finished Braga 2-1 Nacional.

The referee was Artur Soares Dias.

There aren’t many personnel worries, with just one fitness concern for the Nacional manager Luís Freire to contend with due to a largely intact squad. Brayan Riascos (Muscle Injury) will miss out.

We’ve got the feeling that Nacional should get enough chances to find the back of the net against this Braga outfit, although one goal possibly won’t be enough.

We can see a very close game with a 1-2 advantage for Braga after the 90. We are expecting it to be pretty even. 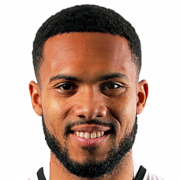 Typically taking to the field in the Right Attacking Midfielder position, Kenji Gorré was born in Spijkenisse, Netherlands. After having made a senior debut playing for Swansea City in the 2014 - 2015 season, the dangerous Midfielder has contributed 3 league goals in this Primeira Liga 2020 - 2021 campaign so far in a total of 18 appearances.

While we have made these predictions for Nacional v Braga for this match preview with the best of intentions, no profits are guaranteed. Always gamble responsibly, and with what you can afford to lose. Good luck!

⚽️ Where can I see the tips for other Primeira Liga matches?

View all of the next (and previous) Primeira Liga predictions & previews here.