Nagoya Grampus arrive at Ekimae Real Estate Stadium on Saturday for the J1 League game with home side Sagan Tosu.

Our tips, poll and stats for Sagan Tosu v Nagoya Grampus can all be found here - as well as the best betting odds.

Sagan Tosu prepare for this fixture following on from a 1-1 J1 League tied result versus Sanfrecce Hiroshima.

Fewer than three goals per game were seen in 5 of the last 6 meetings where Sagan Tosu have been participants. With regard to the goal weighting during that period, their opponents scored a total of 6 and Sagan Tosu got themselves 5.

In the game prior to this, Nagoya Grampus drew 1-1 in the AFC Champions League match with Pohang Steelers.

A sequence of reliable displays from the Nagoya Grampus defensive players has seen their ‘goals against’ tally standing at 2 from their last 6 clashes overall. Over that same period of time, their forwards have scored 14. It will be interesting to see if that trend can be sustained in this game.

Looking at their past form shows that Nagoya Grampus:

Inspecting their past head to head meetings going back to 19/08/2018 tells us that Sagan Tosu have won 1 of them & Nagoya Grampus 3, with the tally of drawn matches standing at 2.

In all, 11 goals were yielded between them during those clashes, with 2 of them from Sagan Tosu and 9 belonging to N. Grampus. That is an average goals per game value of 1.83.

The last league clash between these sides was J1 League match day 10 on 18/04/2021 which ended up with the score at Nagoya Grampus 1-2 Sagan Tosu.

On that occasion, Nagoya Grampus managed 66% possession and 8 shots at goal with 2 of them on target. The scorer was Sho Inagaki (85').

Sagan Tosu had 9 shots on goal with 2 of them on target. Daichi Hayashi (6') and Noriyoshi Sakai (45') scored.

We’re envisaging that Sagan Tosu will really need to work well to find the net against this Nagoya Grampus lineup who will likely win and very possibly keep a clean sheet.

We’re therefore seeing a very competitive encounter with a 0-1 winning score for Nagoya Grampus when the full-time whistle blows. 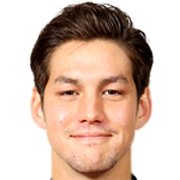 Mostly used in the Right Attacking Midfielder position, Noriyoshi Sakai was born in Niigata, Japan. After having made a senior debut playing for Albirex Niigata in the 2011 season, the accomplished Midfielder has bagged 4 league goals in the J1 League 2021 campaign so far coming from a total of 11 appearances.

We have made these Sagan Tosu v Nagoya Grampus predictions for this match preview with the best intentions, but no profits are guaranteed. Please always gamble responsibly, only with money that you can afford to lose. We wish you the best of luck.