Sanfrecce Hiroshima make the trip to Paloma Mizuho Stadium on Saturday for the J1 League showdown with hosts Nagoya Grampus.

To see all of our predictions, user poll & stats for Nagoya Grampus v Sanfrecce Hiroshima, scroll down - plus the latest betting odds.

Nagoya Grampus enter this match following on from a 1-1 J1 League stalemate versus Kawasaki Frontale.

Under three goals per match were scored during 5 of the past 6 meetings where Nagoya Grampus have taken part. In terms of the goal attribution in that period, opposing sides scored an aggregate of 5 while Nagoya Grampus totted up 5.

Going into this encounter, Nagoya Grampus have not won against Sanfrecce Hiroshima in their previous 2 matches in the league.

After suffering a loss in their previous game against Kawasaki Frontale in J1 League action, Sanfrecce Hiroshima and their travelling fans will hope for a better result here.

Demonstrating their penchant for action-packed matches, goals have been celebrated 24 times in the prior 6 games in which Sanfrecce Hiroshima have taken to the field, giving a mean average of 4 goals per fixture. Opposition teams have got 9 from this total. That pattern won’t necessarily be continued into this match, however.

Going into this contest, Sanfrecce Hiroshima are winless against Nagoya Grampus when they've played them away from home in the last 6 league games. Not good at all.

A look at their past head to head meetings stretching back to 19/12/2020 tells us that Nagoya Grampus have won 2 of these games & Sanfrecce Hiroshima 4, with the tally of drawn games being 0.

An aggregate of 9 goals were produced between them in these games, with 3 of them for N. Grampus and 6 for Sanfrecce. The average goals per game has been 1.5.

The last league fixture featuring these clubs was J1 League match day 16 on 28/05/2022 which ended up with the score at Sanfrecce Hiroshima 1-0 Nagoya Grampus.

On that occasion, Sanfrecce Hiroshima managed 48% possession and 16 attempts on goal with 6 of them on target. The scorer was Gakuto Notsuda (58').

Nagoya Grampus had 10 shots at goal with 1 of them on target.

Owing to an otherwise healthy group, there is just the lone fitness issue for the Sanfrecce Hiroshima manager Michael Skibbe to be concerned with. Shunki Higashi (Compartment syndrome) misses out for this game.

Our assessment here is that Nagoya Grampus could find themselves up against it to find the net against this Sanfrecce Hiroshima lineup who should get a goal themselves and run out victorious.

We therefore fancy a very competitive game with a 0-1 winning score for Sanfrecce Hiroshima at the end of the 90 minutes. 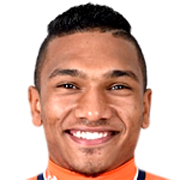 Typically played in the Right Wing position, Mateus was born in Brazil. Having made a first senior appearance for Ōmiya Ardija in the 2015 season, the talented Forward has hit 8 league goals in this J1 League 2022 campaign so far in 26 appearances.

We have made these Nagoya Grampus v Sanfrecce Hiroshima predictions for this match preview with the best intentions, but no profits are guaranteed. Please always gamble responsibly, only with money that you can afford to lose. We wish you the best of luck.