Salernitana meet visiting side Napoli at Stadio Arechi in this Serie A tie on Saturday.

All Salernitana v SSC Napoli match predictions, user poll and stats are shown below - plus the latest match odds.

Salernitana will be hoping to return to winning ways here following a 8-2 Serie A defeat in their last game at the hands of Atalanta.

Salernitana have been conceding pretty frequently of late, although they have also found ways to hit the back of the net themselves. Looking at their last 6 games, Salernitana have been punished defensively in 6 of them in addition to scoring in 5 of those matches. We will find out whether or not that trend will be sustained in this game.

Their past results show that Salernitana:

Previously, Napoli drew 2-2 in the Coppa Italia tie with Cremonese.

In that game, SSC Napoli had 70% possession and 20 shots at goal with 6 of them on target. For SSC Napoli, the goals were scored by Juan Jesus (33') and Giovanni Simeone (36'). Cremonese had 7 shots on goal with 2 on target. Charles Pickel (18') and Felix Afena-Gyan (87') scored for Cremonese. Cremonese won the match 4-5 in a dramatic penalty shootout.

Indicating their penchant for action-packed encounters, goals have been seen as many as 20 times in the prior 6 matches in which SSC Napoli have played, making it a mean average of 3.33 goals each clash. Their opponents have managed 6 of these goals.

Heading into this contest, SSC Napoli haven't been defeated by Salernitana in away games against them for the last 2 league games.

A quick look at their past head to head meetings stretching back to 26/04/2003 shows that these fixtures have been pretty painful for Salernitana. They’ve not managed to register any wins at all whereas Napoli have maintained the edge over them, finishing as winners in 67% of those ties.

A total of 13 goals were shared by the two clubs in this period, with 3 from I granata and 10 belonging to Partenopei. That is an average goals per game value of 2.17.

The last league meeting featuring these sides was Serie A match day 23 on 23/01/2022 when the final score was SSC Napoli 4-1 Salernitana.

Salernitana had 1 shots on goal with 1 of them on target. Federico Bonazzoli (33') was the scorer.

Napoli manager Luciano Spalletti has to choose from a squad that has some fitness concerns. Juan Jesus (Bruise) and Khvicha Kvaratskhelia (Flu) miss out here.

We believe that SSC Napoli will most probably see a lot of the ball and convert quite a few goal-scoring opportunities.

At the other end, Salernitana could well find it tough getting goals, although we do see them getting the chances to score, too.

Our selection here is for a decent 1-3 winning margin for SSC Napoli when the referee blows the final whistle. 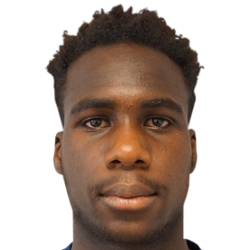 Customarily playing in the Striker position, Boulaye Dia was born in Oyonnax, France. After making a first senior appearance for Reims in the 2018 - 2019 season, the goalscoring Forward has scored a sum of 7 league goals in this Serie A 2022 - 2023 season to date coming from a total of 17 appearances.

While we have made these predictions for Salernitana v SSC Napoli for this match preview with the best of intentions, no profits are guaranteed. Always gamble responsibly, and with what you can afford to lose. Best of luck with your selections.