Scroll down for all of our predictions, poll and stats for the Nashville v Sporting Kansas City game - plus the latest match odds.

Nashville prepare for this game coming off the back of a 0-0 MLS tied result vs San Jose Earthquakes.

It’s been all too rare in recent games that Nashville haven’t conceded. In fact, Nashville have been scored against in 5 of their previous 6 games, shipping 7 goals along the way.

Following on from being defeated in their last game at the hands of New Eng. Revolution in MLS action, Sporting Kansas City and their travelling supporters will be hoping that they can get a better result in this one.

The only scorer from Sporting Kansas City was Johnny Russell (52'). Gustavo Bou (30') and Emmanuel Boateng (87') scored for New Eng. Revolution.

Illustrating their bias toward productive encounters, goals have been celebrated 21 times in the last 6 matches in which Sporting Kansas City have sent out their troops, giving an average of 3.5 goals for each meeting. Their opponents have managed 13 from this total. Let’s see whether or not that trend can be sustained here.

The last league match between the two was MLS match day 9 on 10/04/2022 when the final score was Sporting Kansas City 1-2 Nashville.

On that occasion, Sporting Kansas City managed 52% possession and 18 attempts at goal with 5 of them on target. Their only player to score was Rémi Walter (25').

The match was refereed by Ismail Elfath.

The Nashville manager Gary Smith has zero fitness concerns to speak of before this game thanks to a completely healthy squad available to choose from.

Sporting Kansas City boss Peter Vermes has a number of players out of action. Gadi Kinda (Knee Surgery) and Alan Pulido (Knee Surgery) are names that won’t be on the team sheet.

Our feeling is that Nashville look likely to fashion enough chances to find the net more than once while possibly not conceding when they face Sporting Kansas City, who may well struggle finding the net themselves.

We can therefore see a pretty comfortable 2-0 win for Nashville after 90 minutes. 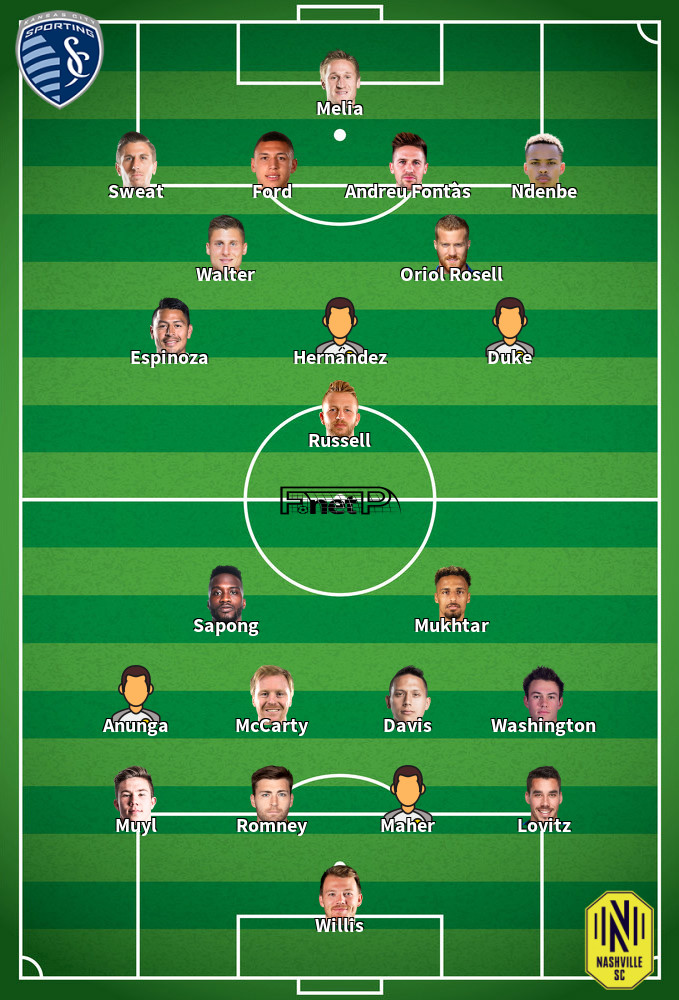 While we have made these predictions for Nashville v Sporting Kansas City for this match preview with the best of intentions, no profits are guaranteed. Always gamble responsibly, and with what you can afford to lose. Good luck!