The two sides are preparing for MLS action on Sunday when Nashville play against Vancouver Whitecaps.

All of our predictions, stats and the user poll for Nashville v Vancouver Whitecaps are shown below (inc. the best betting odds).

Nashville will play in this game following on from a 1-1 MLS draw vs FC Cincinatti.

Nashville have been on a persistent run of goalscoring form, finding the back of the net in one hundred percent of their last 6 matches.

They have hit an aggregate of 7 during that time while also conceding a total of 10. We will just have to find out if that trend will end up being continued on into this next match.

Vanni Sartini's Vancouver Whitecaps have managed to stick the ball in the net a total of 6 times in the course of their latest six matches. The number of goals that have been scored against them during those matches adds up to 9.

The Nashville manager Gary Smith doesn’t have any fitness concerns at all ahead of this match owing to a completely healthy group to choose from.

For this match, we think that Vancouver Whitecaps have the ability to put one past this Nashville team, however it realistically won’t be as many as the goals that they could concede.

We’re expecting a close game with a 2-1 winning score for Nashville after 90 minutes. Looking forward to seeing how this one unfolds. 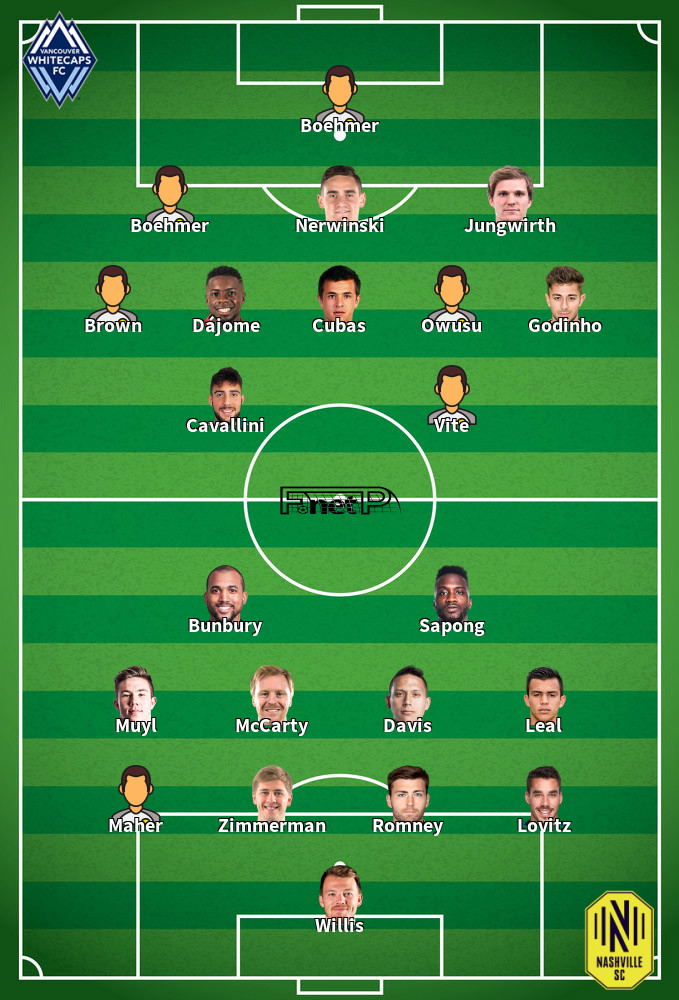 We have made these Nashville v Vancouver Whitecaps predictions for this match preview with the best intentions, but no profits are guaranteed. Please always gamble responsibly, only with money that you can afford to lose. Best of luck with your selections.