FC Twente are the guests at Goffertstadion on Sunday for the Eredivisie clash with hosts NEC.

Full predictions, pre-match stats and user poll for NEC v FC Twente are shown on this page - as well as up-to-date odds.

NEC head into this fixture coming off the back of a 0-0 Eredivisie drawn result versus FC Twente.

It’s been seldom in recent games that NEC haven’t conceded. In fact, NEC have failed to prevent opponents from scoring in 5 of their previous 6 clashes, leaking 8 goals along the way.

In their last six outings, FC Twente have helped themselves to the sum of 12 goals. FC Twente have also not failed to score on each one of those occasions. In that time, they’ve seen 5 goals go into their own net. That kind of trend might not be carried forward into this next game, however.

Checking out their prior head to head meetings dating back to 26/11/2016, there has been little to separate the clubs with NEC winning 3 of those games, FC Twente 3 and 0 being drawn in normal time.

In all, 19 goals were yielded between them throughout the course of those matches, with 9 for NEC and 10 created by De Tukkers. That is an average goals per game value of 3.17.

The previous league encounter between the two was Eredivisie match day 29 on 09/04/2022 when the final score was NEC 0-2 FC Twente.

That time, NEC managed 45% possession and 8 attempts at goal with 3 on target.

Due to a completely healthy squad to pick from, the FC Twente manager Ron Jans has zero fitness worries whatsoever coming into this clash.

Our feeling is that NEC will have a tough ask to put one past this FC Twente outfit who we think might get a goal themselves and run out victorious.

We’re therefore anticipating a very competitive game with a 0-1 victory for FC Twente at the end of this game. 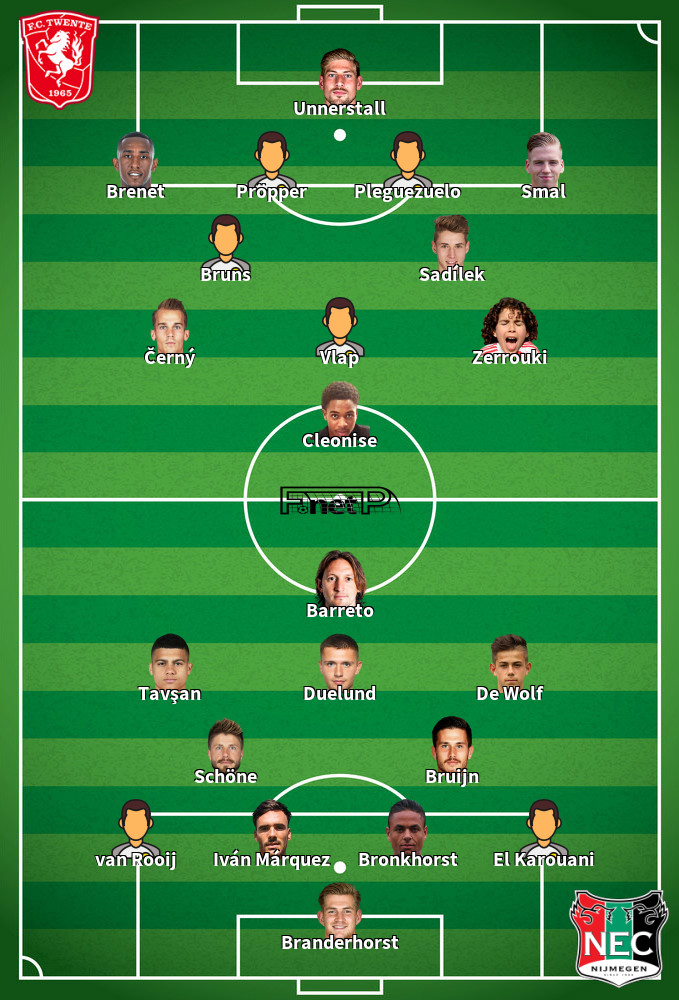 We have made these NEC v FC Twente predictions for this match preview with the best intentions, but no profits are guaranteed. Please always gamble responsibly, only with money that you can afford to lose. Good luck!