SC Cambuur will be the visitors at Goffertstadion on Friday for the Eredivisie tie with home team NEC.

Our predictions, user poll and statistics for NEC v SC Cambuur can be found here including the latest game odds.

NEC head into this match following on from a 1-1 Eredivisie drawn game vs AZ.

Their most recent results highlight the fact that there has been much resilience in the NEC backline. NEC have given the opposition little, with the total number of goals that have flown into the back of their net during their last 6 outings standing at 4. That pattern won’t necessarily be carried forward here, however.

Looking at their past form shows that NEC:

SC Cambuur will go into this match after a 2-1 Eredivisie win in the defeat of FC Utrecht in their previous game.

During their six latest matches, Henk de Jong's SC Cambuur have fired home a total of 12 times thus earning them the goals per game average of 2.

Looking at their past form shows that SC Cambuur:

An examination of their past head-to-head clashes dating back to 17/08/2018 shows that NEC have won 0 of these and SC Cambuur 2, with the tally of drawn results being 4.

A combined sum of 10 goals were yielded between them in these games, with 3 from NEC and 7 belonging to Herten. That’s an average goals per game of 1.67.

The last league clash between these clubs was Eerste Divisie match day 20 on 17/01/2021 when it finished NEC 0-0 SC Cambuur.

The NEC manager Rogier Meijer will be happy not to have any fitness worries to speak of coming into this match thanks to a completely healthy group available for selection.

Due to a fully injury-free squad available to choose from, the SC Cambuur boss Henk de Jong has zero fitness concerns to report before this game.

In our view, SC Cambuur are capable enough to score a goal against this NEC team, but it may not quite be enough to avoid a loss.

Our tip is for a 2-1 win for NEC when the full-time whistle blows. It should be a decent one. 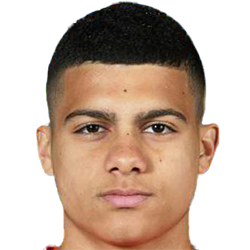 Typically used in the Right Wing position, Elayis Tavşan was born in Rotterdam, Netherlands. After making a first senior appearance for Sparta Rotterdam in the 2018 - 2019 season, the accomplished Forward has managed 3 league goals in the Eredivisie 2021 - 2022 campaign to date in 11 appearances.

While we have made these predictions for NEC v SC Cambuur for this match preview with the best of intentions, no profits are guaranteed. Always gamble responsibly, and with what you can afford to lose. Best of luck with your selections.