Return to this page a few days before the scheduled game when this expired prediction will be updated with our full preview and tips for the next match between these teams.
Full-Time Result Prediction for Neuchatel Xamax FC vs FC Luzern
FC Luzern to Win
FC Luzern will visit Stade de la Maladière on Sunday for the Super League game with home team Neuchatel Xamax FC.

We believe that Neuchatel Xamax FC will have to work hard as a team to break down this FC Luzern side who we think might gain the upper hand. Therefore, we predict a 0-1 winning margin for FC Luzern after 90 minutes. Will be interesting to see how this one goes. All of our predictions, stats and the user poll for Neuchatel Xamax FC v FC Luzern are shown below - along with the latest match odds.

Ahead of this clash, Neuchatel Xamax FC haven’t won at home in the past 4 matches in the league. Things will have to change soon. 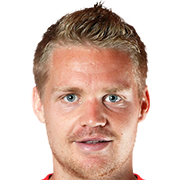 Normally deployed in the Striker position, Gaëtan Karlen was born in Sion, Switzerland. Having made his senior debut playing for FC Sion in the 2012 - 2013 season, the talented Forward has scored a sum of 7 league goals in the Super League 2019 - 2020 campaign so far in a total of 16 appearances.

While we have made these predictions for Neuchatel Xamax FC v FC Luzern for this match preview with the best of intentions, no profits are guaranteed. Always gamble responsibly, and with what you can afford to lose. Good luck with your selections.