Return to this page a few days before the scheduled game when this expired prediction will be updated with our full preview and tips for the next match between these teams.
Full-Time Result Prediction
👉
Orlando City to Win
Over/Under 2.5 Goals Prediction
👉
Under 2.5

During their 6 previous matches, Bruce Arena's New Eng. Revolution have turned their attacks into goals a total of 5 times - yielding them the goals scored per game average of 0.83.

Looking over their prior head-to-head clashes going back to 27/07/2019 shows that Orlando City have won 0 of them and New Eng. Revolution 3, with the number of drawn results standing at 3.

Those games weren’t short on goals, either, with 24 overall which averages out at 4 goals per meeting.

The previous league match between the two was MLS match day 24 on 15/06/2022 when it finished New Eng. Revolution 1-1 Orlando City.

On that occasion, New Eng. Revolution had 53% possession and 9 attempts at goal with 3 of them on target. Their only player to score was Carles Gil (22').

Orlando City had 13 attempts at goal with 5 of them on target. Robin Jansson (35') scored.

The referee was Ramy Touchan.

Looking at these two teams, we feel that New Eng. Revolution will need things to go their way to breach the defence of this Orlando City team who we think will likely be able to get on the scoresheet themselves in a winning performance.

With that in mind, we reckon that it will be a very even match with a 1-0 win for Orlando City when all is said and done. 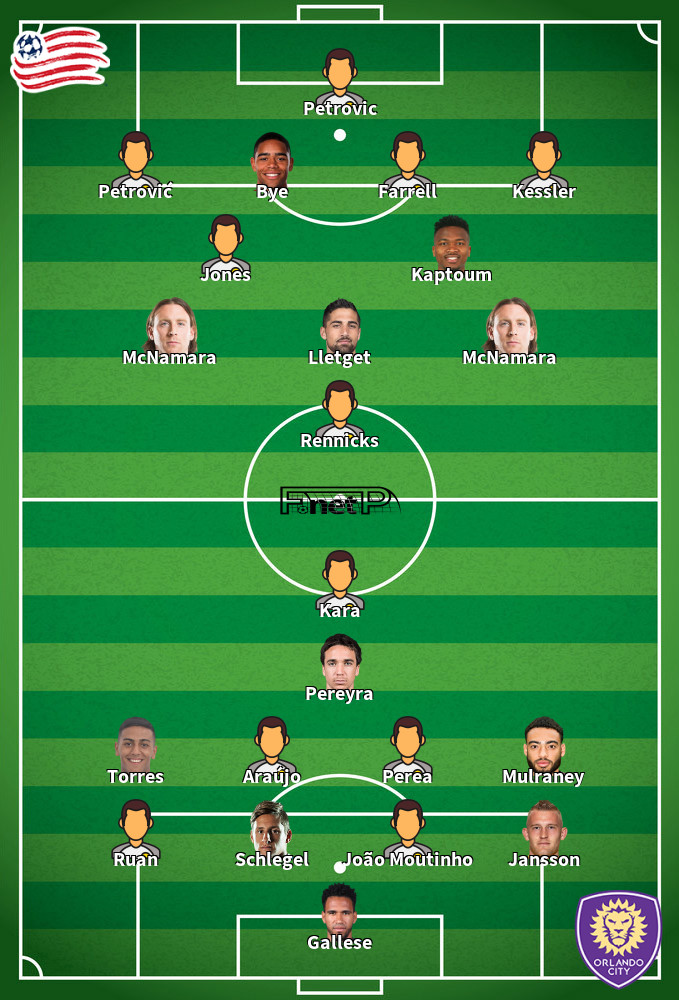 We have made these Orlando City v New Eng. Revolution predictions for this match preview with the best intentions, but no profits are guaranteed. Please always gamble responsibly, only with money that you can afford to lose.