Philadelphia Union prepare for this fixture coming off the back of a 1-1 MLS drawn game versus FC Cincinatti.

Fewer than three goals per game were seen in 5 of the last 6 meetings where Philadelphia Union have taken part. In terms of the goal weighting from this period, opposition teams scored a total of 5 while Philadelphia Union managed the sum of 6. We will have to see if that trend can be sustained here.

Following on from being defeated in their last game at the hands of New York Red Bulls in Open Cup action, New York City FC and their travelling fans will hope for a better result here.

A run of dependable displays from the New York City FC defenders has seen their ‘goals against’ tally amounting to 1 from their past 6 fixtures combined. During the same period, their own attack force has managed to score 8.

Inspecting their prior head-to-head meetings dating back to 09/07/2020 tells us that Philadelphia Union have won 3 of these and New York City FC 2, with the number of drawn games being 1.

A combined sum of 11 goals were produced between them throughout the course of those matches, with 6 of them for The U and 5 for The Pigeons. The average goals per game has been 1.83.

The previous league fixture featuring these sides was MLS match day 5 on 19/03/2022 which ended up with the score at New York City FC 0-2 Philadelphia Union.

That time, New York City FC had 73% possession and 18 attempts on goal with 3 of them on target.

On the other side, Philadelphia Union had 13 shots on goal with 4 of them on target. Alejandro Bedoya (12') and Dániel Gazdag (33') scored.

The referee was Ted Unkel.

The Philadelphia Union boss Jim Curtin has a full complement, with no fitness worries to speak of coming into this game thanks to a fully healthy squad available for selection.

Thanks to a fully injury-free group to pick from, the New York City FC boss has no fitness concerns whatsoever coming into this match.

We feel that New York City FC and Philadelphia Union may well both score, with little between these two teams.

Let’s see what happens, but it could well be that we end up with scores level. We therefore think that it’s going to be a tight encounter, finishing with a score draw at the conclusion of the game. 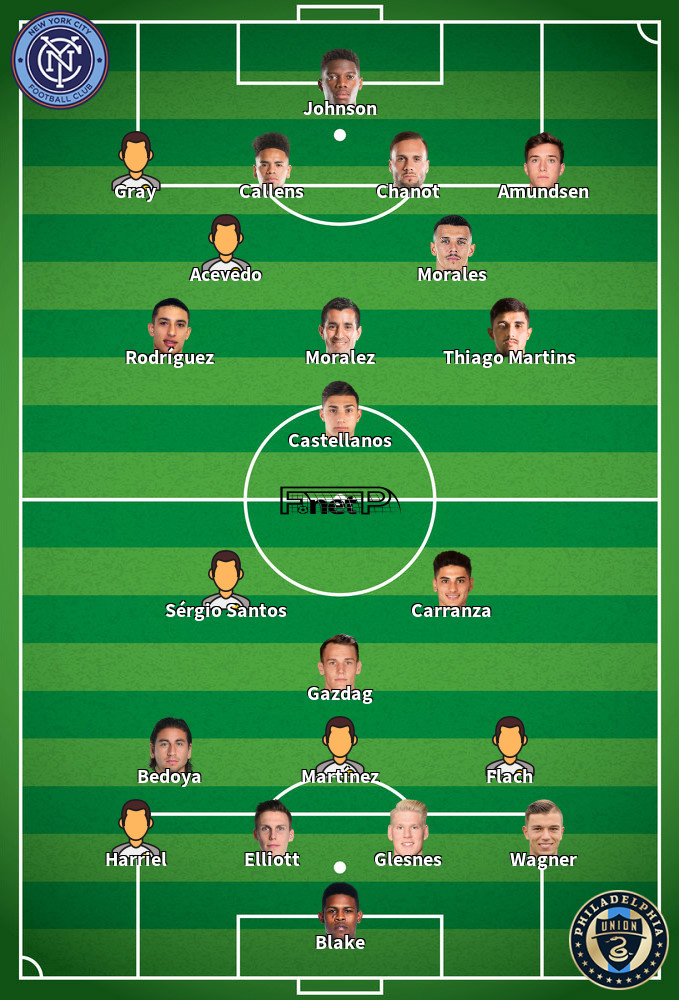 We have made these Philadelphia Union v New York City FC predictions for this match preview with the best intentions, but no profits are guaranteed. Please always gamble responsibly, only with money that you can afford to lose.