Newcastle United Jets will arrive at Sky Stadium on Saturday for the A-League meeting with hosts Wellington Phoenix.

Full predictions, pre-match stats and user poll for Wellington Phoenix v Newcastle United Jets are shown on this page - along with the latest match odds.

Wellington Phoenix will be looking to improve on their last outing here following the 4-0 A-League losing effort in their last game against Adelaide United.

In that game, Wellington Phoenix had 46% possession and 11 attempts at goal with 3 on target. For their opponents, Adelaide United had 23 shots on goal with 11 on target. George Blackwood (7'), Craig Goodwin (54', 69') and Javi López (80') scored for Adelaide United.

Since tasting defeat last time out to Macarthur FC in A-League competition, Newcastle United Jets and their travelling fans will hope for a better result here.

Showing their predisposition for fruitful matches, goals have been celebrated 21 times in the last six games in which Newcastle United Jets have sent out their troops, making it an average of 3.5 goals for each clash. Opposition teams have got 9 of these goals. Let’s find out whether or not that trend can be sustained here.

If we look at their past head to head meetings dating back to 30/03/2019, there is nothing to separate the two clubs with Wellington Phoenix winning 3 of those games, Newcastle United Jets 3 and 0 being draws in normal time.

In all, 20 goals were shared by the two clubs in this period, with 9 of them from The Nix and 11 coming from The Jets. That is an average goals per game value of 3.33.

The last league contest featuring the two was A-League match day 4 on 10/12/2021 when the final score was Newcastle United Jets 4-0 Wellington Phoenix.

Wellington Phoenix had 11 shots at goal with 4 on target.

The referee was Lachlan Keevers.

Almost everyone can be considered, as there’s just the lone fitness concern for the Wellington Phoenix manager Ufuk Talay to be concerned with from of an almost fully healthy group of players. Oliver Sail (Hip Injury) is out of contention.

Due to a fully injury-free squad available for selection, the Newcastle United Jets boss Arthur Papas does not have any fitness concerns to report ahead of this match.

It seems to us that Newcastle United Jets and Wellington Phoenix could well end up finding themselves level here, with both teams capable of netting.

A draw looks like a realistic possibility, but we’ll see what happens. We therefore see a score draw after 90 minutes. 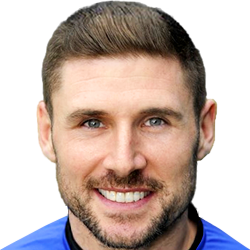 Generally playing in the Striker position, Gary Hooper was born in Loughton, England. After having made a senior debut playing for Grays Athletic in the 2005 - 2006 season, the goalscoring Forward has accumulated 2 league goals in the A-League Men 2021 - 2022 campaign so far coming from a total of 4 appearances.

While we have made these predictions for Wellington Phoenix v Newcastle United Jets for this match preview with the best of intentions, no profits are guaranteed. Always gamble responsibly, and with what you can afford to lose. Best of luck with your selections.