The Newcastle United Jets v Western United live stream video is scheduled for broadcast on 18/01/2022. Fans of both clubs can watch this clash on a live streaming service should the game be included in the schedule mentioned above. Here we provide useful info for watching this A-League game that includes the most recent team form, h2h clashes and our match views.

To view the match using alternative sources, check tv schedules in your country. These broadcasting contracts are often allocated on a per-competition/league or even per-fixture basis. For games shown live on regional television programmes, check the schedules on channels such as BT Sport, Amazon Prime Video, Sky Sports, Now TV, iTV, Canal+, Fox Soccer, ESPN relevant to your current location.

Where the abovementioned broadcaster is providing Newcastle United Jets v Western United football live streaming coverage, you’ll be able to watch the game on a mobile (iPhone, Android including OnePlus) and desktop or even tablet (eg iPad, Huawei MatePad).

Post-game, we might also link to match highlights from time to time. We aren’t responsible for the transmission of any match video content linked to from here. All legal complaints must be directed to the hosters/owners of the content.

For all of our match predictions, pre-game poll and statistics for Newcastle United Jets v Western United, scroll down - as well as the best betting odds.

Newcastle United Jets will be hoping for a better result following a 2-1 A-League losing effort in their last game against Macarthur FC.

Following on from being beaten in their last game against Melbourne Victory in A-League competition, Western United will be aiming to make amends here.

In that game, Western United managed 53% possession and 22 attempts at goal with 5 on target. The only player to score for Western United was Aleksandar Prijović (86'). At the other end, Melbourne Victory had 15 attempts on goal with 5 of them on target. Jason Geria (18'), Josh Brillante (19') and Nick D'Agostino (94') scored for Melbourne Victory.

Over the course of 5 of the prior six games featuring Western United, a relatively low number of goals have been struck between them and opposing sides. The overall average goals scored per game within that spell comes out as just 1.5, with the average goals for The West equalling 0.83. Such a trend won’t necessarily be sustained into this next game, though.

The previous league fixture between the two was A-League match day 19 on 26/04/2021 when it finished Western United 2-0 Newcastle United Jets.

In that game, Western United managed 56% possession and 12 shots at goal with 7 of them on target. Their only player on the scoresheet was Dylan Pierias (69').

Newcastle United Jets got 13 attempts at goal with 3 of them on target. Nikolai Topor-Stanley (12' Own goal) was the scorer.

Availability isn’t a big problem, with just the sole fitness concern for the Newcastle United Jets gaffer Arthur Papas to contend with thanks to an almost full-strength set of players. Ben Kantarovski (Unknown Injury) won’t play.

Owing to a fully healthy squad available to select from, the Western United manager John Aloisi has no fitness concerns whatsoever ahead of this game.

We feel that Western United and Newcastle United Jets should both be able to find the back of the net here although it’s difficult to select a clear winner.

There should be little in it, and a draw looks to be quite a realistic result. We therefore think that it’s going to be a tight encounter with a 1-1 draw at the end of this game. 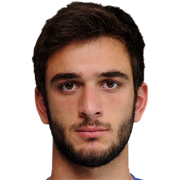 Regularly taking to the field in the Striker position, Beka Mikeltadze was born in Kutaisi, Georgia. Having made his senior debut playing for Dinamo Tbilisi in the 2016 season, the goalscoring Forward has scored 4 league goals in this A-League Men 2021 - 2022 season so far in a total of 5 appearances.

We have made these Newcastle United Jets v Western United predictions for this match preview with the best intentions, but no profits are guaranteed. Please always gamble responsibly, only with money that you can afford to lose.

⚽️ Where can I find the predictions for other A-League matches?

View all of our upcoming (and previous) A-League predictions & previews here.