It’s the big EFL Cup semi-final battle between Newcastle United and Southampton on Tuesday. As they’ve both progressed this far, and with the prize for the side that wins the clash being a place in the final of the competition, we are expecting to see a thrilling encounter.

Our full set of predictions, statistics and match poll for Newcastle United v Southampton can be seen below (inc. the best betting odds).

Newcastle United will be looking for a repeat result of the 0-1 EFL Cup victory vs Southampton.

Fewer than three goals per match were scored during 5 of the last 6 fixtures where Newcastle United have been involved. In terms of the goal weighting during this period, opposing sides scored a total of 2 and Newcastle United managed a tally of 5.

Southampton go into this match after a 2-1 FA Cup win to beat Blackpool in their previous match.

The stats tell the story, and Southampton have been scored against in 5 of their last 6 matches, conceding 5 goals in total. Defensively, Southampton certainly have room for improvement. We will just have to see whether or not that trend can be continued on in this game.

A glance at their past head-to-head clashes going back to 06/11/2020 tells us that Newcastle United have won 4 of these and Southampton 1, with the number of drawn matches standing at 1.

A total of 20 goals were yielded between them during those clashes, with 12 for The Magpies and 8 being from The Saints. That’s an average goals per game figure of 3.33.

Our feeling is that Newcastle United will, in all likelihood, be able to create a good number of chances & successful shots on target.

Conversely, Southampton could well find it tough to get shooting opportunities but we do think it’s quite likely that they will be converting at least once. 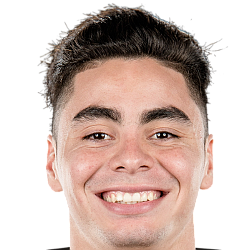 Usually taking up the Right Wing position, Miguel Almirón was born in Asunción, Paraguay. Having made his senior debut playing for Lanús in the 2015 season, the skilful Forward has netted 9 league goals in the Premier League 2022 - 2023 season to date from a total of 20 appearances.

While we have made these predictions for Newcastle United v Southampton for this match preview with the best of intentions, no profits are guaranteed. Always gamble responsibly, and with what you can afford to lose. Good luck if you do place a bet today.