Valenciennes FC will arrive at Stade des Costières on Saturday for the Ligue 2 clash with home team Nîmes.

Nîmes will be looking for another win after a 1-2 Ligue 2 success versus Dijon.

For Nîmes, the goalscorers were Niclas Eliasson (5') and Julien Ponceau (30'). Romain Philippoteaux (57') was the scorer for Dijon.

At least three goals per match were seen in 5 of the last 6 fixtures where Nîmes have been involved. Opposition teams scored 10 times in this period while Nîmes managed to get a total of 8. We will just have to find out whether or not that trend will be continued on into this next match.

In their last fixture, Valenciennes FC drew 1-1 in the Ligue 2 tie with EA Guingamp.

The only player to score from Valenciennes FC was Emmanuel Ntim (22'). Frantzdy Pierrot (75') scored for EA Guingamp.

For 5 of the previous six games involving Valenciennes FC, a comparatively low number of goals have been struck between them and their opposition. The overall average goals scored per game within that period is a paltry 1.83, with the number of goals averaged by Les Athéniens equalling 0.67.

Their past results show that Valenciennes FC:

A study of past results between these clubs going back to 08/04/2016 shows that these encounters have been a source of anguish for Valenciennes FC. They’ve not managed to get themselves any victories whatsoever whereas Nîmes have maintained the edge over them, running out winners in 100 per cent of those games played.

An aggregate of 15 goals were shared by the two clubs during those clashes, with 12 of them for Les Crocodiles and 3 netted by Les Athéniens. That’s an average goals per game figure of 2.5.

The previous league contest featuring the two was Ligue 2 match day 3 on 07/08/2021 when the final score was Valenciennes FC 0-3 Nîmes.

The Nîmes boss Pascal Plancque will be grateful not to have any fitness concerns at all coming into this game owing to a fully healthy squad available to choose from.

Owing to a fully healthy group to choose from, the Valenciennes FC manager Christophe Delmotte doesn’t have any fitness worries to report ahead of this game.

We’re inclined to think that Valenciennes FC have enough to put a goal past this Nîmes team, however that isn’t expected to be as many as they will have scored against them.

We’re tipping a close game with a 2-1 advantage for Nîmes at full-time. We’ll have to see what happens. 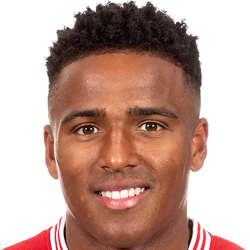 Mostly used in the Left Attacking Midfielder position, Niclas Eliasson was born in Varberg, Sweden. After having made a senior debut playing for Falkenbergs FF in the 2013 season, the skilful Midfielder has got 4 league goals in the Ligue 2 2021 - 2022 season to date from a total of 19 appearances.

While we have made these predictions for Nîmes v Valenciennes FC for this match preview with the best of intentions, no profits are guaranteed. Always gamble responsibly, and with what you can afford to lose. We wish you the best of luck.