The Ligue 2 tie at Stade Armand-Cesari on Saturday will see home side SC Bastia lock horns with Niort.

Our SC Bastia v Niort predictions, statistics and match poll can be seen below - as well as the best betting odds.

SC Bastia are hoping to win again after their last result, the 2-3 Ligue 2 triumph vs EA Guingamp.

A common characteristic of more recent SC Bastia games is seeing a zero in the scoreline.

Taking their previous six clashes before this one, in as many as 5 of them a bet on "Both Teams to Score" would have lost.

Leading up to this clash, SC Bastia:

Since being defeated in their last game at the hands of AS Nancy Lorraine in Ligue 2 competition, Niort and their fans will hope to get a better result this time.

The stats tell the story, and Niort have been scored against in 5 of their last 6 matches, with opponents netting 8 goals in all. Defensively, Niort seem to have a bit of a soft underbelly. That sort of pattern might not be sustained into this next game, however.

Heading into this fixture, Niort haven't been defeated in their previous 2 away league matches.

The SC Bastia boss Régis Brouard doesn’t have any fitness worries whatsoever ahead of this match with a fully injury-free squad available to select from.

Owing to a completely healthy group to pick from, the Niort manager Sébastien Desabre does not have any fitness worries to report coming into this clash.

We’re thinking that Niort have it within them to breach the defence of this SC Bastia lineup, but that may not prevent them from conceding a couple at the other end.

Our selection here is for both teams to score in a 2-1 winning score for SC Bastia at the end of this one. It really should be an interesting one. 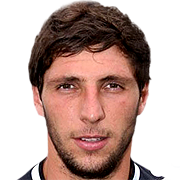 Generally used in the Striker position, Benjamin Santelli was born in Bastia, France. Having made his senior debut playing for SC Bastia in the 2018 - 2019 season, the gifted Forward has bagged 5 league goals in this Ligue 2 2021 - 2022 campaign to date coming from a total of 14 appearances.

While we have made these predictions for SC Bastia v Niort for this match preview with the best of intentions, no profits are guaranteed. Always gamble responsibly, and with what you can afford to lose. Best of luck.