SM Caen come up against away side Niort at Stade Michel D’Ornano in the Ligue 2 match on Saturday.

Our SM Caen v Niort predictions, statistics and match poll can be seen below - plus the latest match odds.

SM Caen prepare for this match following a 2-2 Ligue 2 stalemate versus Quevilly-Rouen.

Stéphane Moulin's SM Caen have scored 6 times in their prior six outings. Conversely, the tally of goals that have been scored against them in those same fixtures amounts to 6.

Coming into this fixture, SM Caen are unbeaten in the league by Niort in their previous 2 games.

Niort will go into this encounter after a 3-0 Ligue 2 win to defeat Pau FC in their last outing.

In a total of 5 of the previous 6 clashes featuring Niort, three or more goals have been struck. The average goals scored per match within that time is 3.17, with the number of goals averaged by Niort being 1.67. We shall soon find out if that trend will be sustained into this next match.

Going into this game, the form guide shows that Niort:

An examination of their past head-to-head clashes stretching back to 21/02/2014 shows us that SM Caen have won 3 of these games and Niort 1, with the tally of drawn matches being 2.

A combined sum of 14 goals were shared by the two clubs throughout the course of those matches, with 7 of them from Caen and 7 created by Les chamois. This gives an average number of goals per game equal to 2.33.

With a fully healthy group available to choose from, the Niort boss Sébastien Desabre has zero fitness concerns whatsoever ahead of this clash.

Our feeling is that Niort are dangerous enough to breach the defence of this SM Caen lineup, although that possibly won’t be as many as they will have scored against them.

We’re tipping a tight encounter finishing with a 2-1 advantage for SM Caen at the end of this one. Should be a good one. 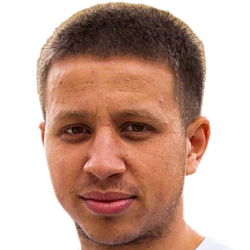 Usually played in the Left Wing position, Mehdi Chahiri was born in Grande-Synthe, France. After making a first senior appearance for Strasbourg in the 2020 - 2021 season, the talented Forward has managed to score 3 league goals in this Ligue 2 2021 - 2022 season to date coming from a total of 11 appearances.

We have made these SM Caen v Niort predictions for this match preview with the best intentions, but no profits are guaranteed. Please always gamble responsibly, only with money that you can afford to lose. Good luck with your selections.