Our predictions, user poll and statistics for NK Osijek v Pogon Szczecin can be found here - as well as up-to-date odds.

NK Osijek, following on from their previous result, will be hoping for more of the same after the 1-2 Prva Liga success against Hajduk Split.

In that game, NK Osijek had 57% possession and 0 attempts on goal with 0 on target. For NK Osijek, goals were scored by Mario Jurčević (66') and Marin Pilj (87'). At the other end, Hajduk Split got 3 attempts at goal with 1 on target. Marko Livaja (63') scored for Hajduk Split.

Their latest results highlight the fact that there has been much resilience in the NK Osijek rearguard. Bijelo-plavi have been miserly, seeing the tally of goals that have gone past their goalkeeper over the course of their past 6 clashes standing at 2.

Pogon Szczecin will go into this meeting following on from a 2-0 Ekstraklasa win over Górnik Zabrze in their most recent game.

In that match, Pogon Szczecin managed 73% possession and 4 attempts on goal with 4 on target. For Pogon Szczecin, the goals were scored by Michał Kucharczyk (33') and Kacper Kozłowski (66'). Górnik Zabrze got 3 attempts at goal with 1 of them on target.

Over the course of 5 of the prior six clashes featuring Pogon Szczecin, a relatively low number of goals have been scored between them and opposing teams. The overall average goals scored per game within that spell works out to a mere 1.83, with the number of goals averaged by Pogoń being 0.83. That pattern might not be carried forward into this match, of course.

Nearly everyone is up for selection, with just one fitness concern for the NK Osijek boss Nenad Bjelica to contend with thanks to an almost full-strength group. Ante Erceg (Ruptured knee ligament) is out of contention.

Thanks to a largely full-strength group, there’s just the lone fitness issue for the Pogon Szczecin gaffer Kosta Runjaić to be concerned with. Igor Lasicki (Cruciate Ligament Rupture) won’t be playing here.

Our feeling is that Pogon Szczecin should have enough to put one past this NK Osijek lineup, although that possibly won’t be as many as they will have scored against them.

We’re predicting a very close game with a 2-1 win for NK Osijek at the end of the 90 minutes. Should be a good one. 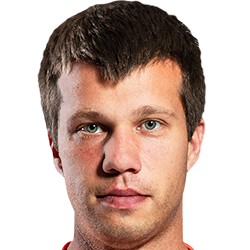 Regularly taking up the Right Wing position, Damjan Bohar was born in Slovenia. After having played his first senior match for Zagłębie Lubin in the 2018 - 2019 season, the gifted Forward has accumulated 2 league goals in this Prva Liga 2021 - 2022 season to date coming from a total of 2 appearances.

We have made these NK Osijek v Pogon Szczecin predictions for this match preview with the best intentions, but no profits are guaranteed. Please always gamble responsibly, only with money that you can afford to lose.