Norrby IF will be facing away team Umeå FC at Borås Arena in this Superettan match on Saturday.

All Norrby IF v Umeå FC match predictions, user poll and stats are shown below (including the best match odds).

Norrby IF will be looking to improve on their last outing here after the 1-0 Superettan defeat in their last game at the hands of Jönköpings Södra IF.

Amir Al-Ammari (86') was the scorer for Jönköpings Södra IF.

Fixtures featuring Norrby IF have often been entertaining affairs recently with a lot of goalmouth action anticipated. Over their past six clashes alone, the sum of 20 goals have flown in for both sides combined (at an average of 3.33 goals per game) with 7 of these belonging to Norrby. We will see if that trend can be continued on into this next match.

Heading into this contest, Norrby IF haven’t won at home in the past 5 league games. Fans are getting restless.

Umeå FC come into this clash after a 1-0 Superettan win with the defeat of GIF Sundsvall in their previous fixture.

The only name on the scoresheet from Umeå FC was Ajeti (9').

The trend of at least one team not managing to score in games featuring Umeå FC has become apparent of late. Examining their last six outings reveals that it’s happened 5 times. During those clashes, their opponents have hit a goal total of 5 and Umeå have scored 5.

Going into this encounter, Umeå FC have not won away from home in their last 5 matches in the league.

The previous league game between the two was Superettan match day 14 on 22/08/2020 when the final score was Umeå FC 1-1 Norrby IF.

Norrby IF manager Mak Lind will be thankful to have no fitness worries whatsoever before this clash owing to a fully healthy group to pick from.

Due to a completely injury-free group available for selection, Umeå FC manager Brian Clarhaut has zero fitness concerns to report ahead of this clash.

Our assessment is that Norrby IF look likely to get the win and a possible clean sheet when they face Umeå FC, who won’t find it easy scoring.

We’re predicting a comfortable 2-0 margin for Norrby IF when all’s said and done. 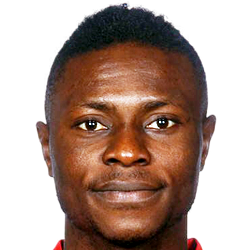 Typically playing in the Striker position, Oke Akpoveta was born in Nigeria. Having played his first senior match for Brøndby IF in the 2011 - 2012 season, the goalscoring Forward has contributed 6 league goals in the Superettan 2020 campaign so far in a total of 20 appearances.

We have made these Norrby IF v Umeå FC predictions for this match preview with the best intentions, but no profits are guaranteed. Please always gamble responsibly, only with money that you can afford to lose. Good luck!