Return to this page a few days before the scheduled game when this expired prediction will be updated with our full preview and tips for the next match between these teams.
Full-Time Result Prediction for Northampton Town vs Morecambe
Northampton Town to Win
The League Two game at The PTS Academy Stadium on Saturday will see home side Northampton Town play opponents Morecambe.

Our thinking is that Northampton Town will most probably dominate possession and create several successful chances. Conversely, Morecambe could well struggle to get a goal of their own but we do think it’s quite likely that they will be converting at least once as well. We’re tipping a 3-1 victory for Northampton Town at the end of the match. Our full set of predictions, statistics and match poll for Northampton Town v Morecambe can be seen below (plus the best game odds).

Leading up to this clash, Morecambe: 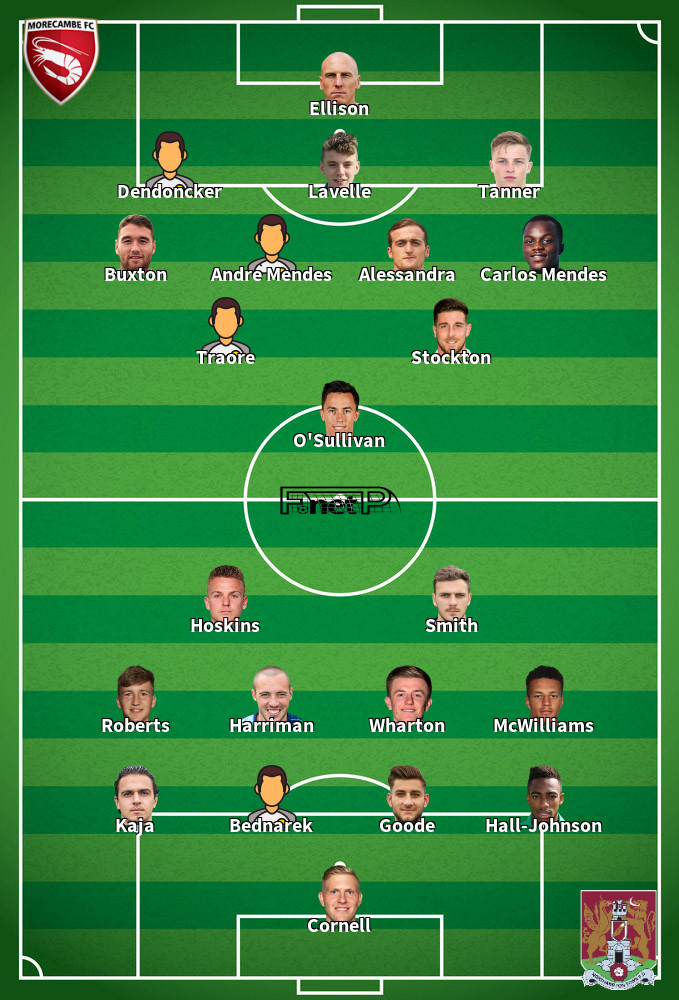 A look at their previous results shows us that Northampton Town:

Regularly taking to the field in the Striker position, Andy Williams was born in Hereford, England. After having made a senior debut playing for Hereford United in the 2004 - 2005 season, the talented Forward has netted 8 league goals in this League Two 2019 - 2020 campaign so far coming from a total of 25 appearances.

We have made these Northampton Town v Morecambe predictions for this match preview with the best intentions, but no profits are guaranteed. Please always gamble responsibly, only with money that you can afford to lose. Good luck if you do place a bet today.