Preston North End will arrive at Carrow Road on Saturday for the Championship clash with home team Norwich City.

Norwich City, buoyed by their previous result, will be hoping for more of the same after a 0-1 Championship success versus Huddersfield Town.

It’s been seldom in recent times where Norwich City haven’t conceded. It will be a concern for them that The Canaries have failed to prevent opponents from scoring in 5 of their previous 6 games, shipping 15 goals along the way. That sort of trend isn’t assured to be carried forward into this next game, however.

Coming into this clash, Norwich City have not won at home in their last 5 league games. Their fans aren't happy.

Preston North End go into this match following on from a 1-2 EFL Cup win against Derby County in their last match.

A series of effective performances by the Preston North End defensive unit has resulted in their ‘goals against’ tally standing at 4 from their previous 6 outings overall. In that period of time, their own forwards have managed to score 9.

A review of their past head to head meetings dating back to 17/04/2017 shows us that Norwich City have won 3 of them and Preston North End 1, with the tally of drawn games being 2.

A combined total of 18 goals were shared by the two clubs throughout the course of those matches, with 11 for The Canaries and 7 belonging to The Lilywhites. The average goals per game has been 3.

Norwich City manager Daniel Farke has zero fitness worries whatsoever ahead of this match owing to a completely injury-free group available for selection.

With a completely healthy group to choose from, Preston North End manager Alex Neil has zero fitness worries at all before this match.

We’ve got the feeling that Norwich City will most probably get a lot of shots on goal and make them count.

Our tip is for a pretty comfortable 3-1 margin for Norwich City when all’s said and done. 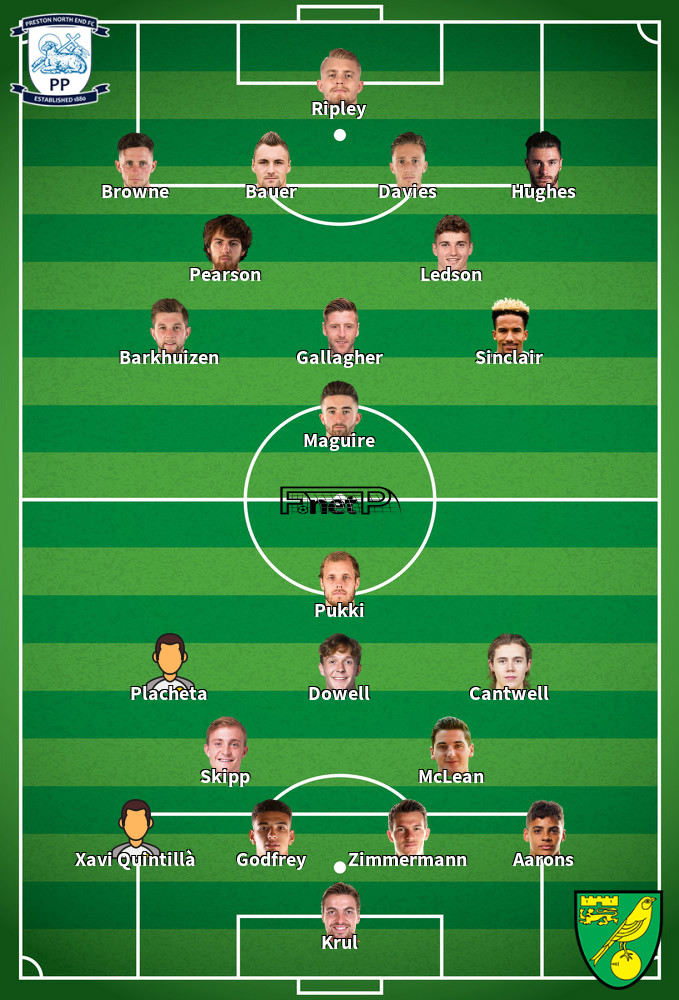 While we have made these predictions for Norwich City v Preston North End for this match preview with the best of intentions, no profits are guaranteed. Always gamble responsibly, and with what you can afford to lose.