Our tips, poll and stats for Norwich City v Reading can all be found here - as well as the best betting odds.

Over their prior 6 fixtures, Daniel Farke's Norwich City have scored 13 times which gives them an average number of goals per match equal to 2.17.

Leading up to this clash, Norwich City:

In their last fixture, Reading drew 2-2 in the Championship match with Swansea City.

Looking at their form, and Reading have been scored against in 5 of their last 6 matches, conceding 7 goals in all. Defensively, The Royals can certainly do much better. That trend isn’t assured to be sustained into this match, of course.

Looking at past results between these clubs going back to 08/04/2017 tells us that these encounters have been a source of anguish for Reading. They have not managed to come away with any wins at all whereas Norwich City have simply been better than them, getting wins in 83 per cent of those matches played.

Loads of goals were seen in those games, too - 26 in total which averages out at 4.33 goals per match.

The last league match featuring these sides was Championship match day 19 on 16/12/2020 and the score finished Reading 1-2 Norwich City.

That day, Reading had 45% possession and 8 attempts on goal with 2 on target. Their only player to score was Michael Olise (14').

For their opponents, Norwich City had 11 shots at goal with 6 of them on target. Emiliano Buendía (11') and Teemu Pukki (55') scored.

Adam Idah (Unknown Injury) and Aston Oxborough (Achilles tendon surgery) are not available for Norwich gaffer Daniel Farke. Dimitrios Giannoulis is ineligible for this match because of suspension.

Out of a mainly full-strength group of players, there is just the one fitness issue for the Reading gaffer Veljko Paunović to be concerned about. John Swift (Hamstring Injury) won’t be playing here.

When taking all factors into account, Norwich City certainly have the ability to score more than once when they face Reading, who could well find it tough getting on the scoresheet.

We reckon that it will be a 2-0 win for Norwich City after 90 minutes. 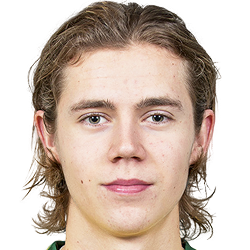 Normally playing in the Central Attacking Midfielder position, Todd Cantwell was born in Norwich, England. Having played his first senior match for Fortuna Sittard in the 2017 - 2018 season, the skilful Midfielder has managed 6 league goals in the Championship 2020 - 2021 season to date coming from a total of 31 appearances.

We have made these Norwich City v Reading predictions for this match preview with the best intentions, but no profits are guaranteed. Please always gamble responsibly, only with money that you can afford to lose. We wish you the best of luck.