Our full set of predictions, statistics and match poll for Reading v Nottingham Forest can be seen below - as well as up-to-date odds.

Reading, following on from their previous result, will be hoping for more of the same after a 1-2 Championship triumph versus Birmingham City.

It has not been often in recent times that Reading have managed to hold out for a full 90 minutes. It will be a concern for them that Reading have seen their defence breached in 5 of their previous 6 matches, shipping 9 goals in the process. That kind of pattern won’t necessarily be sustained into this match, though.

Nottingham Forest will go into this clash following on from a 3-0 Championship win against Preston North End in their previous match.

Looking over their most recent head to head meetings going back to 11/08/2018 tells us that Reading have won 2 of these & Nottingham Forest 1, with the number of drawn games being 3.

An aggregate of 11 goals were produced between them in this period, with 7 for The Royals and 4 coming from The Reds. That’s an average goals per game of 1.83.

The last league meeting featuring these clubs was Championship match day 36 on 13/03/2021 and the score finished Nottingham Forest 1-1 Reading.

That day, Nottingham Forest had 41% possession and 15 attempts on goal with 4 on target.

The Reading boss Veljko Paunović has no fitness worries to speak of coming into this match owing to a fully injury-free squad available to select from.

Thanks to a fully healthy group ready to go, the Nottingham Forest boss Steve Cooper has no fitness worries whatsoever before this match.

We think that Reading will do well to put one past this Nottingham Forest outfit who will likely score at least once to put them ahead.

Therefore, we predict a narrow 0-1 advantage for Nottingham Forest at the end of the 90. 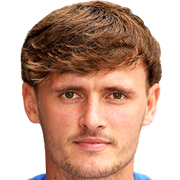 Usually taking to the field in the Centre Midfield position, John Swift was born in Portsmouth, England. After having played his first senior match for Chelsea in the 2013 - 2014 season, the talented Midfielder has netted 8 league goals in this Championship 2021 - 2022 campaign to date in 17 appearances.

While we have made these predictions for Reading v Nottingham Forest for this match preview with the best of intentions, no profits are guaranteed. Always gamble responsibly, and with what you can afford to lose. Good luck with your selections.