St. Pauli will be at Max-Morlock-Stadion on Sunday for the Bundesliga 2 meeting with hosts Nuremberg.

Scroll down to see all of the predictions, poll and statistics for Nuremberg v St. Pauli including the latest game odds.

Nuremberg will be hoping for a repeat of their last result, following a 2-1 Bundesliga 2 victory against SC Paderborn 07.

Their more recent scorelines reveal that quality has been evident in the Nuremberg backline. Nuremberg have kept it tight, resulting in the number of goals that have flown into the back of their net during their previous 6 outings standing at 4.

Ahead of this meeting, Nuremberg have not registered a win against St. Pauli in their previous 11 matches in the league.

In their previous game, St. Pauli drew 4-4 in the Bundesliga 2 tie with Karlsruhe.

The stats tell the story, and St. Pauli have been scored against in 5 of their last 6 games, conceding 10 goals in all. At the back, St. Pauli have some weaknesses to address. We will have to find out whether or not that trend can be sustained into this next match.

Analysis of their past results shows that St. Pauli:

Looking at past results between these clubs stretching back to 17/05/2020 tells us that these fixtures have been disappointments for Nuremberg. They have not managed to come away with any wins whatsoever whereas St. Pauli have dominated them, running out winners in 67 per cent of those games where they have faced each other.

A total of 20 goals were scored between them in this period, with 8 of them for Nürnberg and 12 for St. Pauli. That’s an average goals per game figure of 3.33.

The last league fixture featuring these clubs was Bundesliga 2 match day 1 on 16/07/2022 which finished with the scoreline of St. Pauli 3-2 Nuremberg.

For their opponents, Nuremberg had 11 attempts at goal with 3 of them on target. Kwadwo Duah (46') and Enrico Valentini (93') scored.

We’re thinking that St. Pauli and Nuremberg should both get enough opportunities to score, although it’s hard to separate the two.

Little in this one, and it’s almost too close to call. We’re therefore tipping a hard-fought 1-1 score at full-time. 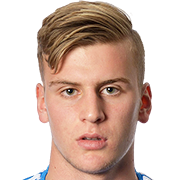 Mostly used in the Striker position, Christoph Daferner was born in Pöttmes, Germany. After having played his first senior match for Freiburg in the 2018 - 2019 season, the accomplished Forward has accumulated 3 league goals in the 2. Bundesliga 2022 - 2023 campaign to date coming from a total of 17 appearances.

While we have made these predictions for Nuremberg v St. Pauli for this match preview with the best of intentions, no profits are guaranteed. Always gamble responsibly, and with what you can afford to lose. Good luck with your selections.