The Eliteserien game at Sarpsborg Stadion on Sunday will see home side Sarpsborg 08 welcome ODD Grenland.

Our predictions, user poll and statistics for Sarpsborg 08 v ODD Grenland can be found here - as well as up-to-date odds.

Sarpsborg 08 will be looking for a repeat result of the 4-1 Eliteserien victory over Stabæk.

Fixtures featuring Sarpsborg 08 have proved to be exciting affairs recently with high scoring anticipated. Over their past half dozen games alone, the sum total of 21 goals have been scored for both sides combined (at an average of 3.5 goals per game) with 14 of those belonging to Sarpsborg 08.

Taking a look at their past results, Sarpsborg 08:

Since being defeated in their last game at the hands of Kristiansund in Eliteserien action, ODD Grenland will be hoping to turn things around here.

The stats tell the story, and ODD Grenland have been scored against in 5 of their last 6 matches, letting opponents get 14 goals overall. In defence, ODD Grenland just haven’t been too solid at all. That kind of trend isn’t assured to be sustained here, however.

Checking out their prior head to head duels dating back to 16/09/2018, there has been little between the sides with Sarpsborg 08 winning 2 of those games, ODD Grenland 2 and 2 being drawn in normal time.

A combined total of 14 goals were scored between them during those clashes, with 7 of them from Sarpsborg and 7 created by Oddrane. That is an average goals per game value of 2.33.

The previous league encounter featuring the two was Eliteserien match day 4 on 24/05/2021 which finished with the scoreline of ODD Grenland 1-1 Sarpsborg 08.

That time, ODD Grenland managed 63% possession and 11 attempts on goal with 6 on target. Their only player on the scoresheet was Filip Jørgensen (93').

Sarpsborg 08 got 10 attempts on goal with 4 on target. Jonathan Lindseth (27') was the scorer.

The Sarpsborg 08 boss Lars Bohinen will be grateful to have no fitness concerns to speak of before this clash thanks to a completely injury-free squad available to select from.

Owing to a fully injury-free group available to choose from, the ODD Grenland boss Jan Nornes has no fitness worries at all ahead of this clash.

Our thinking is that ODD Grenland could well find it tough to score against this Sarpsborg 08 side who should be able to grind out a win.

Therefore, we predict a very even match with a 1-0 victory for Sarpsborg 08 at the end of the 90. 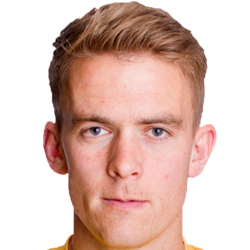 Normally deployed in the Striker position, Kristian Opseth was born in Norway. After having made a senior debut playing for Sogndal in the 2014 season, the talented Forward has scored 4 league goals in this Eliteserien 2021 campaign so far in 14 appearances.

We have made these Sarpsborg 08 v ODD Grenland predictions for this match preview with the best intentions, but no profits are guaranteed. Please always gamble responsibly, only with money that you can afford to lose. Good luck!