Stabæk will be visiting Skagerak Arena on Sunday for the Eliteserien fixture with home side ODD Grenland.

All ODD Grenland v Stabæk match predictions, user poll and stats are shown below - as well as the best betting odds.

ODD Grenland will be wanting a better result here following a 6-1 Eliteserien defeat in their last game at the hands of Bodo Glimt.

It’s not been often in recent games that ODD Grenland haven’t conceded. It will be a concern for them that Oddrane have been scored against in 5 of their previous 6 games, giving up 11 goals on the way.

Stabæk will go into the meeting following a 2-1 Eliteserien win vs FK Haugesund in their last fixture.

Looking at their form, and Stabæk have been scored against in 6 of their last 6 games, conceding 12 goals overall. In defence, De Blaa have seen their frailties exposed. We will just have to find out if that trend will be continued on into this next match.

Their previous form shows that Stabæk:

An examination of their most recent head to head meetings going back to 05/11/2017 shows us that ODD Grenland have won 2 of them & Stabæk 3, with the tally of drawn games being 1.

In all, 15 goals were produced between them during those clashes, with 4 for Oddrane and 11 netted by De Blaa. The average number of goals per game works out to 2.5.

The previous league clash featuring the two was Eliteserien match day 13 on 09/08/2020 which finished with the scoreline of Stabæk 0-1 ODD Grenland.

ODD Grenland manager Jan Nornes will be grateful to have no fitness worries at all before this clash owing to a fully healthy group available to choose from.

Due to a mostly full-strength group of players, there’s only the lone fitness problem for the Stabæk manager Jan Jönsson to be concerned about. Jeppe Moe (Cruciate Ligament Rupture) won’t be playing here.

We’re of the view that ODD Grenland can get amongst the goals when they meet Stabæk, who could well find it tough getting goals.

We reckon that it will be a pretty comfortable 2-0 winning score for ODD Grenland when the full-time whistle blows. 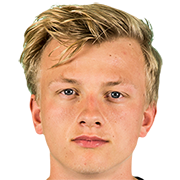 Regularly played in the Right Attacking Midfielder position, Kasper Lunding Jakobsen was born in Denmark. After having played his first senior match for AGF Aarhus in the 2018 - 2019 season, the skilful Midfielder has scored 4 league goals in the Eliteserien 2020 campaign so far coming from a total of 12 appearances.

We have made these ODD Grenland v Stabæk predictions for this match preview with the best intentions, but no profits are guaranteed. Please always gamble responsibly, only with money that you can afford to lose. Best of luck.

⚽️ Where can I find the predictions for other Eliteserien games?

You can see all of the next (and previous) Eliteserien predictions & previews here.