Return to this page a few days before the scheduled game when this expired prediction will be updated with our full preview and tips for the next match between these teams.
Full-Time Result Prediction
👉
Strømsgodset IF to Win

All Strømsgodset IF v ODD Grenland game predictions, stats and user poll are shown below - plus the latest betting odds.

Strømsgodset IF are hoping to win again after their last result, a 2-1 Eliteserien triumph against Stabæk.

In that match, Strømsgodset IF had 59% possession and 23 shots at goal with 9 on target. For Strømsgodset IF, the goals were scored by Johan Hove (37') and Fred Friday (80'). At the other end, Stabæk had 12 attempts on goal with 5 on target. Oliver Edvardsen (35') was the scorer for Stabæk.

It’s not been often in recent games where Strømsgodset IF haven’t conceded. In fact, Godset have been scored against in 5 of their previous 6 clashes, giving up 7 goals on the way. That sort of trend might not be carried forward into this match, though.

Going into this contest, Strømsgodset IF have not lost a league tie with ODD Grenland in their previous 2 matches.

ODD Grenland will go into this game after a 3-2 Eliteserien win with the downing of Viking FK in their most recent outing.

The stats don’t lie, and ODD Grenland have been scored against in 5 of their last 6 matches, letting opponents get 11 goals in all. Defensively, Oddrane have not been doing too well.

A glance at their past head-to-head clashes stretching back to 15/04/2018 shows us that Strømsgodset IF have won 3 of these & ODD Grenland 2, with the tally of drawn results being 1.

A combined sum of 20 goals were scored between them in this period, with 12 for Godset and 8 netted by Oddrane. That’s an average goals per game figure of 3.33.

The last league meeting featuring these clubs was Eliteserien match day 27 on 19/12/2020 when it ended ODD Grenland 1-3 Strømsgodset IF.

There aren’t many personnel worries, with just the sole fitness concern for the Strømsgodset IF manager Bjørn Ingebretsen to be concerned with from a near full-strength squad. Lars-Jörgen Salvesen (Cruciate Ligament Rupture) is sidelined.

Thanks to a completely injury-free squad to choose from, ODD Grenland boss Jan Nornes does not have any fitness worries at all before this game.

We’re thinking that ODD Grenland will manage to put one past this Strømsgodset IF lineup, although it possibly won’t quite be as many as they’ll concede.

We’re tipping a close game with a 2-1 victory for Strømsgodset IF at full-time. Looking forward to this. 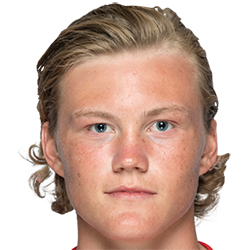 Mostly played in the Left Attacking Midfielder position, Halldor Stenevik was born in Norway. Having made a first senior appearance for SK Brann in the 2016 season, the dangerous Midfielder has accumulated 2 league goals in the Eliteserien 2021 season so far from a total of 12 appearances.

We have made these Strømsgodset IF v ODD Grenland predictions for this match preview with the best intentions, but no profits are guaranteed. Please always gamble responsibly, only with money that you can afford to lose. We wish you the best of luck.