Return to this page a few days before the scheduled game when this expired prediction will be updated with our full preview and tips for the next match between these teams.
Full-Time Result Prediction for Odense BK vs AC Horsens
Odense BK to Win

We’re inclined to think that Odense BK should get a couple of goals in this one when they face AC Horsens, who might well find it difficult to find the back of the net. We’re predicting a fairly comfortable 2-0 winning margin for Odense BK by the time that the referee blows the final whistle. All of our predictions, stats and the user poll for Odense BK v AC Horsens are shown below including the latest game odds.

Their prior results show that AC Horsens:

Looking at their past form shows that Odense BK: 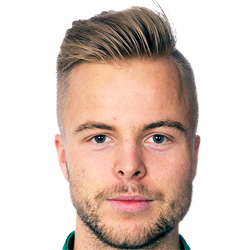 Usually deployed in the Striker position, Sander Svendsen was born in Norway. After having made a senior debut playing for Molde FK in the 2013 season, the dangerous Forward has managed to score 4 league goals in this Superliga 2019 - 2020 campaign so far in 9 appearances.

We have made these Odense BK v AC Horsens predictions for this match preview with the best intentions, but no profits are guaranteed. Please always gamble responsibly, only with money that you can afford to lose. Best of luck.