Vejle BK will arrive at Nature Energy Park on Friday for the Superliga showdown with home team Odense BK.

View all of the Odense BK v Vejle BK predictions, poll and stats below including the latest game odds.

Odense BK will play in this match after a 1-1 Superliga draw versus AC Horsens.

Odense BK have found it difficult to unlock defences of late. Their goals record equals just 4 against opponents during their previous 6 matches. In those games, De Stribede have also seen the number of goals that have gone against them total 10. Regardless, we must now wait to see whether such a trend might be sustained in this upcoming game or not.

Going into this contest, Odense BK have left without a victory over Vejle BK in their previous 2 matches in the league.

In their previous game, Vejle BK drew 0-0 in the Superliga tie with Lyngby BK.

In that game, Vejle BK had 41% possession and 9 attempts on goal with 1 on target. At the other end, Lyngby BK had 7 attempts at goal with 3 on target.

It has become apparent that Vejle BK have suffered from a lack of goals over their last six games, recording the disappointing return of only 4. In those matches, De Røde have also seen the collective goal aggregate of their opponents equal 12.

Coming into this clash, Vejle BK are without a win away from home in their last 4 league games.

A look at their past head-to-head meetings going back to 16/11/2008 shows that Odense BK have won 4 of these games & Vejle BK 2, with the tally of drawn games being 0.

A combined total of 13 goals were yielded between them in these games, with 10 from De Stribede and 3 created by De Røde. That is an average goals per game value of 2.17.

The previous league contest between these sides was Superliga match day 20 on 07/03/2021 and the score finished Vejle BK 2-0 Odense BK.

The referee was Sandi Putros.

Odense BK boss Michael Hemmingsen doesn’t have any fitness worries to speak of coming into this clash with a completely injury-free squad to pick from.

Thanks to a fully injury-free group available to choose from, Vejle BK manager Constantin Gâlcă has zero fitness worries at all coming into this clash.

Looking at these two teams, we feel that Vejle BK will need to put in a solid display to register a score against this Odense BK side who we think should end up scoring and possibly keep a clean sheet as well.

We’ve gone for a narrow 1-0 win for Odense BK when the full-time whistle blows. 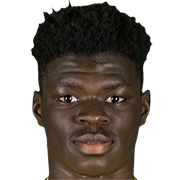 Normally taking up the Striker position, Emmanuel Sabbi was born in Vicenza, Italy. Having played his first senior match for Hobro IK in the 2017 - 2018 season, the talented Forward has got 4 league goals in the Superliga 2020 - 2021 campaign to date coming from a total of 21 appearances.

We have made these Odense BK v Vejle BK predictions for this match preview with the best intentions, but no profits are guaranteed. Please always gamble responsibly, only with money that you can afford to lose. Best of luck with your selections.