Return to this page a few days before the scheduled game when this expired prediction will be updated with our full preview and tips for the next match between these teams.
Full-Time Result Prediction for OFI Crete vs Atromitos
OFI Crete to Win
The Super League match at Theodoros Vardinogiannis Stadium on Monday sees home team OFI Crete take to the field against opponents Atromitos.

We feel that in this game, Atromitos are dangerous enough to breach the defence of this OFI Crete team, however that realistically won’t be as many as the goals that they could concede. Our tip is for both teams to score in a 2-1 victory for OFI Crete at full-time. Definitely a tough call. All OFI Crete v Atromitos game predictions, stats and user poll are shown below - as well as the best betting odds.

Heading into this fixture, OFI Crete have not won at home in their last 4 league matches. Fans are getting restless. 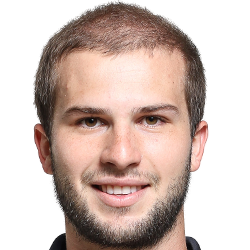 Mostly playing in the Central Attacking Midfielder position, Figueiredo was born in São Paulo, Brazil. Having played his first senior match for Atlético Mineiro in the 2016 season, the dangerous Midfielder has contributed 7 league goals in the Super League 2019 - 2020 season so far in a total of 21 appearances.

We have made these OFI Crete v Atromitos predictions for this match preview with the best intentions, but no profits are guaranteed. Please always gamble responsibly, only with money that you can afford to lose. Best of luck with your selections.