All Salford City v Oldham Athletic match predictions, user poll and stats are shown below including the latest game odds.

Salford City will play in this game following on from a 1-1 League Two stalemate versus Bristol Rovers.

The only name on the scoresheet from Salford City was Brandon Thomas-Asante (95'). Sam Nicholson (14') scored for Bristol Rovers.

Gary Bowyer's Salford City have hit the back of the net a sum total of 10 times in their preceding 6 outings. At the other end, the number of goals that they have conceded in those same games amounts to 9.

Coming into this fixture, Salford City are without a win at home for the past 3 league games.

Following on from a loss in their previous game against Northampton Town in League Two action, Oldham Athletic will be hoping to turn things around here.

The only name on the scoresheet from Oldham Athletic was Carl Piergianni (54'). Jon Guthrie (14') and Kion Etete (38') scored for Northampton Town.

The Salford City boss Gary Bowyer has a full complement, with no fitness concerns whatsoever coming into this clash owing to a fully injury-free squad available for selection.

With a completely healthy group to choose from, the Oldham Athletic boss Keith Curle doesn’t have any fitness concerns at all before this clash.

In this game, Salford City have it within them to get amongst the goals when they play Oldham Athletic, who will be up against it scoring. 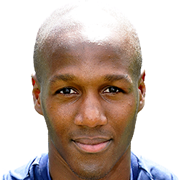 Typically used in the Striker position, Tom Elliott was born in Leeds, England. After having played his first senior match for Leeds United in the 2006 - 2007 season, the gifted Forward has accumulated 3 league goals in this League Two 2021 - 2022 season to date in a total of 12 appearances.

We have made these Salford City v Oldham Athletic predictions for this match preview with the best intentions, but no profits are guaranteed. Please always gamble responsibly, only with money that you can afford to lose. Best of luck.