The National League fixture at Boundary Park on Tuesday will see home team Oldham Athletic do battle with York City.

View all Oldham Athletic v York City tips, stats and our pre-match poll below - as well as up-to-date odds.

Oldham Athletic will be looking for another win after the 1-5 National League triumph against Dorking Wanderers.

Fixtures featuring Oldham Athletic have proved to be entertaining encounters lately with a lot of goalmouth action expected. Over their past half dozen games, a total of 26 goals have flown in for both teams combined (at an average of 4.33 goals per game) with 13 of those being chalked up by Oldham Athletic. Previous results aside, it remains to be seen whether that trend will continue on here in this match or not.

York City will go into the meeting after a 4-1 National League win to beat Maidstone United in their last game.

The numbers tell their own story, and York City have been scored against in 5 of their last 6 matches, seeing their opponents hit 8 goals overall. At the back, York City certainly have room for improvement.

The last league contest featuring these sides was National League match day 6 on 29/08/2022 when it ended York City 1-1 Oldham Athletic.

The match was refereed by Matthew Dicicco.

There aren’t many personnel worries, with just the sole fitness concern for the Oldham Athletic gaffer David Unsworth to contend with from an otherwise complete group. Magnus Norman (Ankle Fracture) will miss out.

Thanks to a completely injury-free group ready to go, the York City boss David Webb has no fitness concerns to speak of coming into this clash. Fraser Kerr is ineligible for this match because of suspension.

We’ve got the feeling that York City will have to perform well to score against this Oldham Athletic side who should score at least once to put them ahead.

We therefore think that it’s going to be a hard-fought 1-0 winning margin for Oldham Athletic at full-time. 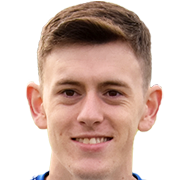 Generally deployed in the Right Attacking Midfielder position, Ben Tollitt was born in England. After making a first senior appearance for Portsmouth in the 2015 - 2016 season, the goalscoring Midfielder has bagged 7 league goals in the National League 2022 - 2023 campaign so far in 23 appearances.

While we have made these predictions for Oldham Athletic v York City for this match preview with the best of intentions, no profits are guaranteed. Always gamble responsibly, and with what you can afford to lose. Good luck!