Our predictions, user poll and statistics for Panathinaikos v Olympiacos can be found here - as well as up-to-date odds.

Panathinaikos won’t want a repeat of their last result here following a 3-1 Super League losing effort in their last game against Volos.

In that game, Panathinaikos had 50% possession and 12 shots on goal with 7 on target. The only player on the scoresheet for Panathinaikos was Sebastián Palacios (93'). Volos got 10 shots at goal with 5 on target. Tom van Weert (34', 76') and Nicolás Oroz (95') scored for Volos.

Their most recent results really do illustrate the point that huge efforts have been put in by the Panathinaikos backline. Panathinaikos have given the opposition little, seeing the tally of goals that have flown into the back of their net over the course of their past 6 matches standing at 4.

Taking a look at their past results, Panathinaikos:

In their last fixture, Olympiacos drew 0-0 in the Super League tie with Apollon Smyrni.

A tendency of at least one side getting a clean sheet in games featuring Olympiacos has been fairly consistent in recent matches. Looking at their last six meetings shows that it’s occurred 5 times. During these clashes, opposing sides have hit a goal aggregate of 2 and Olympiacos have scored 8. We shall soon see whether or not that trend can be continued on here.

Coming into this contest, Olympiacos are undefeated in their previous 11 away league matches. What an impressive run of results.

An examination of their most recent head-to-head clashes going back to 05/07/2020 shows us that Panathinaikos have won 1 of these & Olympiacos 3, with the tally of drawn results being 2.

A sum of 13 goals were produced between them during those clashes, with 4 for To Trifylli and 9 netted by Τhrylos. That’s an average goals per game figure of 2.17.

The previous league fixture featuring these sides was Super League match day 5 on 03/10/2021 when it finished Olympiacos 0-0 Panathinaikos.

That day, Olympiacos managed 58% possession and 14 attempts at goal with 3 on target.

On the other side, Panathinaikos got 3 attempts on goal with 1 of them on target.

The match was refereed by Slavko Vinčić.

The Panathinaikos manager Ivan Jovanović will be grateful not to have any fitness concerns whatsoever coming into this match owing to a completely healthy squad ready to go. Facundo Sánchez will not be able to play in this game through being suspended.

Olympiacos manager Pedro Martins has not got a full squad to pick from. Andreas Bouchalakis (Tarsal Rupture) and Konstantinos Fortounis (Cruciate Ligament Rupture) can’t be considered.

We’re inclined to think that Panathinaikos have the ability to find the back of the net against this Olympiacos side, although one goal might not be as many as they will have scored against them.

We’re therefore expecting a close game with a 1-2 advantage for Olympiacos when all is said and done. It really should be an interesting one. 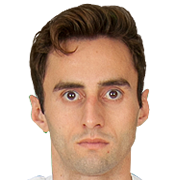 Usually deployed in the Central Defensive Midfielder position, Maurício was born in São José dos Campos , Brazil. Having made his senior debut playing for Fluminense in the 2007 season, the accomplished Midfielder has bagged 4 league goals in this Super League 2021 - 2022 campaign to date in 13 appearances.

We have made these Panathinaikos v Olympiacos predictions for this match preview with the best intentions, but no profits are guaranteed. Please always gamble responsibly, only with money that you can afford to lose.