PSV Eindhoven are set to play against Olympiacos in Thursday’s Europa League clash.

For all of our match predictions, pre-game poll and statistics for PSV Eindhoven v Olympiacos, scroll down - as well as up-to-date odds.

PSV Eindhoven, following on from their previous result, will be hoping for more of the same after a 3-1 Eredivisie success vs Vitesse.

Matches involving PSV Eindhoven have usually been entertaining ones recently with high scoring anticipated. Over their past 6 games, a total of 24 goals have been scored for both sides combined (at an average of 4 goals per game) with 12 of them being chalked up by Rood-witten.

In their last game, Olympiacos drew 1-1 in the Super League match with Aris FC.

In a total of 5 out of the previous 6 clashes involving Olympiacos, at least three goals have gone in. The average number of goals per game in that time is 3.5, with the number of goals averaged by Olympiacos being 2.5. It will be interesting to find out if that trend will be continued on into this next match.

Olympiacos manager Pedro Martins has to choose a team with limited availability. Avraam Papadopoulos (Adductor problems) and Marios Vrousai (Torn Meniscus) will not be playing here.

When taking everything into account, Olympiacos will need to push hard to get anything against this PSV Eindhoven outfit who we think will likely end up scoring and possibly keep a clean sheet as well.

Our tip is therefore for a narrow 1-0 victory for PSV Eindhoven at the conclusion of the game. 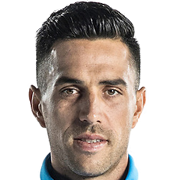 Customarily used in the Striker position, Eran Zahavi was born in Rishon LeZion, Israel. After having played his first senior match for Palermo in the 2011 - 2012 season, the accomplished Forward has scored a sum of 6 league goals in the Eredivisie 2020 - 2021 campaign to date from a total of 14 appearances.

We have made these PSV Eindhoven v Olympiacos predictions for this match preview with the best intentions, but no profits are guaranteed. Please always gamble responsibly, only with money that you can afford to lose. Good luck!