The Ligue 1 tie at Stade Bollaert-Delelis on Saturday sees hosts RC Lens fighting it out with Lyon.

To see all of our predictions, user poll & stats for RC Lens v Lyon, scroll down - along with the latest match odds.

RC Lens, following on from their previous result, will be hoping for more of the same after the 1-2 Ligue 1 victory versus Strasbourg.

Fixtures involving RC Lens have proved to be exciting affairs recently with high scoring being a real hallmark. Over their past 6 games, a total of 24 goals have been recorded for both teams combined (at an average of 4 goals per game) with 13 of them being chalked up by Les Artésiens.

After being defeated in their last game at the hands of Paris Saint-Germain in Ligue 1 action, Lyon and their travelling supporters will be hoping that they can get a better result in this one.

Over the course of their last 6 clashes, Lyon have bagged a total of 13 goals. Lyon have also not failed to score on each one of those occasions. During that period, they have seen 10 goals go against them. Having said that, we will just have to wait and see whether that trend shall persist in this next game or not.

Their prior results show that Lyon:

Checking on their past head-to-head clashes stretching back to 21/11/2010 shows us that RC Lens have won 1 of these games & Lyon 5, with the tally of drawn results standing at 0.

A total of 20 goals were yielded between them in this period, with 6 for Les Artésiens and 14 belonging to Lyon. That’s an average goals per game of 3.33.

RC Lens manager Franck Haise does not have any fitness worries to speak of ahead of this clash thanks to a fully healthy group to choose from. Facundo Medina is ineligible for this match because of suspension.

Our feeling is that RC Lens may not find it easy to register a score against this Lyon outfit who we reckon will be able to get on the scoresheet themselves in a winning performance.

We therefore see a very even contest with a 0-1 advantage for Lyon at the end of the match. 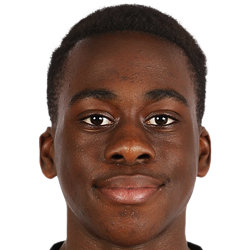 Typically played in the Striker position, Arnaud Kalimuendo-Muinga was born in Suresnes, France. After having played his first senior match for Paris Saint-Germain in the 2020 - 2021 season, the gifted Forward has hit 6 league goals in this Ligue 1 2020 - 2021 season to date in 22 appearances.

While we have made these predictions for RC Lens v Lyon for this match preview with the best of intentions, no profits are guaranteed. Always gamble responsibly, and with what you can afford to lose.