Our full set of predictions, statistics and match poll for PAOK v Omonia Nicosia can be seen below (plus the best game odds).

PAOK will play in this game coming off the back of a 1-1 Super League draw vs AEK Athens.

In that match, PAOK had 63% possession and 12 attempts on goal with 3 of them on target. The scorer for PAOK was Thomas Murg (89'). On the other side, AEK Athens had 2 attempts at goal with 2 on target. Karim Ansarifard (23') scored for AEK Athens.

Abel Ferreira's PAOK have netted a sum total of 7 times in their past six outings. Conversely, the tally of goals that have been scored against them in that same time is 6.

Omonia Nicosia will go into this meeting following on from a 1-2 First Division win to beat Ethnikos Achna in their previous outing.

Throughout their six previous matches, Omonia Nicosia have fired home 8 times thus yielding them a goals scored per game average of 1.33.

We feel that in this game, PAOK certainly have the ability to get a couple of goals in this one when they play Omonia Nicosia, who will be up against it scoring a goal of their own.

Over/Under 2.5 Goals Prediction for PAOK vs Omonia Nicosia
Under 2.5 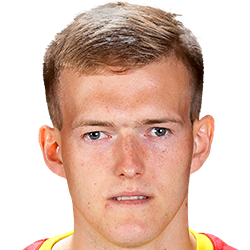 Generally playing in the Striker position, Karol Świderski was born in Rawicz, Poland. Having played his first senior match for Jagiellonia Białystok in the 2014 - 2015 season, the gifted Forward has managed 2 league goals in the Super League 2020 - 2021 campaign to date from a total of 3 appearances.

While we have made these predictions for PAOK v Omonia Nicosia for this match preview with the best of intentions, no profits are guaranteed. Always gamble responsibly, and with what you can afford to lose. Good luck with your selections.

⚽️ Where can I find the odds for other Europa League matches?

View all of our upcoming (and previous) Europa League predictions & previews here.