Örebro SK will be hosting away team Orgryte at Behrn Arena in this Superettan clash on Monday.

All of our predictions, stats and the user poll for Örebro SK v Orgryte are shown below - as well as up-to-date odds.

Örebro SK will be wanting a better result here following a 2-1 Superettan loss in their previous game against IF Brommapojkarna.

The only scorer from Örebro SK was Axel Óskar Andrésson (6'). Philip Hellqvist (15') and Marijan Cosic (51') scored for IF Brommapojkarna.

Marcus Lantz's Örebro SK have hit the back of the net 8 times in their prior half-dozen outings. At the other end, the number of goals that have been scored against them in those fixtures is 9.

Coming into this contest, Örebro SK are winless against Orgryte in their last 2 league matches.

In their last game, Orgryte drew 2-2 in the Superettan match with AFC Eskilstuna.

Over the course of their previous six outings, Orgryte have bagged a total of 8 goals. Orgryte have also managed to score on each one of those occasions. During that period, their defenders have had 6 goals scored by their opponents.

Coming into this meeting, Orgryte have not registered a win against Örebro SK in games played away from home for the previous 3 league matches.

If we look at their past head to head duels dating back to 16/04/2009, there has been little between the sides with Örebro SK winning 2 of those games, Orgryte 2 and 2 being drawn after 90 minutes of play.

An aggregate of 15 goals were shared by the two clubs in these games, with 7 for Örebro and 8 coming from Sällskapet. This gives an average number of goals per game equal to 2.5.

The last league meeting featuring these clubs was Superettan match day 12 on 05/07/2022 which ended up with the score at Orgryte 2-0 Örebro SK.

The referee was Adi Aganovic.

The Örebro SK boss Marcus Lantz will be happy not to have any fitness concerns to speak of ahead of this clash thanks to a completely injury-free group ready to go.

Due to a completely healthy squad to pick from, the Orgryte manager Dane Ivarsson does not have any fitness worries at all ahead of this game.

We’ve got the feeling that Orgryte may not find it easy to see themselves scoring against this Örebro SK team who we reckon should score & stay on top.

We therefore think that it’s going to be a hard-fought contest, finishing with a 1-0 winning score for Örebro SK at full-time. 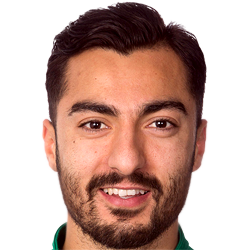 Generally deployed in the Left Attacking Midfielder position, Jiloan Hamad was born in Baku, Azerbaijan. Having made a first senior appearance for Malmö FF in the 2008 season, the skilful Midfielder has hit 3 league goals in this Superettan 2022 campaign to date from a total of 13 appearances.

We have made these Örebro SK v Orgryte predictions for this match preview with the best intentions, but no profits are guaranteed. Please always gamble responsibly, only with money that you can afford to lose. We wish you the best of luck.