The Superettan clash at Gamla Ullevi on Wednesday will see home side Orgryte taking on opponents Trelleborgs FF.

All Orgryte v Trelleborgs FF game predictions, stats and user poll are shown below (including the best match odds).

Orgryte go into this fixture following on from a 1-1 Superettan tied result vs Norrby IF.

In that game, Orgryte had 34% possession and 5 attempts at goal with 3 of them on target. The only player on the scoresheet for Orgryte was Ajdin Zeljkovic (5'). At the other end, Norrby IF had 15 shots at goal with 4 on target. Fredrik Lundgren (32') scored for Norrby IF.

It’s been seldom in recent times that Orgryte haven’t conceded. In fact, Orgryte have been scored against in 6 of their previous 6 matches, shipping 15 goals during that time.

Going into this game, the form guide shows that Orgryte:

Trelleborgs FF come into this encounter after a 3-0 Superettan win as they beat Västerås SK in their most recent match.

Illustrating their fondness for productive matches, we’ve had goals 22 times in the last six matches in which Trelleborgs FF have played, making it a mean average of 3.67 goals per clash. Opposing teams have got 11 of this grand total. Still, time will tell if the trend shall be replicated in this next game or not.

Coming into this fixture, Trelleborgs FF have not beaten Orgryte when having played them away from home in the previous 2 matches in the league.

An examination of their past head to head clashes going back to 19/05/2019 shows us that Orgryte have won 1 of these games and Trelleborgs FF 2, with the number of drawn games standing at 3.

15 goals were shared by the two clubs in this period, with 7 of them for Sällskapet and 8 for Trelleborg. That’s an average goals per game figure of 2.5.

The previous league clash featuring the two was Superettan match day 25 on 18/10/2021 when it ended Orgryte 2-2 Trelleborgs FF.

The referee was Richard Sundell.

The Orgryte manager Dane Ivarsson doesn’t have any fitness concerns whatsoever before this game owing to a completely healthy squad ready to go.

We’re thinking that Trelleborgs FF and Orgryte should both be able to find the back of the net here although it’s difficult to select a clear winner.

It could well end in a draw. Therefore, we predict a very close game with a 1-1 score draw after 90 minutes. 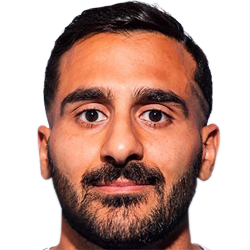 Regularly taking to the field in the Striker position, Sargon Abraham was born in Sweden. Having played his first senior match for Degerfors IF in the 2017 season, the dangerous Forward has got 3 league goals in this Superettan 2022 season so far in a total of 6 appearances.

We have made these Orgryte v Trelleborgs FF predictions for this match preview with the best intentions, but no profits are guaranteed. Please always gamble responsibly, only with money that you can afford to lose. Good luck with your selections.