Orgryte will arrive at Ruddalens IP on Sunday for the Superettan game with home side Utsiktens BK.

View all Utsiktens BK v Orgryte tips, stats and our pre-match poll below - plus the latest match odds.

Utsiktens BK will be hoping for a better result following the 2-0 Superettan loss in their previous game against Örebro SK.

Over their past six fixtures, Bosko Orovic's Utsiktens BK have managed to score 7 times - an average number of goals per match of 1.17.

Going into this encounter, Utsiktens BK haven't been defeated in their previous 5 league matches at home.

In their previous game, Orgryte drew 1-1 in the Superettan match with Västerås SK.

The only player to score from Orgryte was Marcus Haglind-Sangré (78'). Viktor Granath (83') was the scorer for Västerås SK.

Over the course of their previous half-dozen clashes, Orgryte have bagged the sum of 10 goals. Orgryte have also scored in every single one of those games. During that period, they have seen 9 goals go against them. We will find out if that trend will end up being continued on into this next match.

The previous league game featuring these sides was Superettan match day 5 on 01/05/2022 which ended up with the score at Orgryte 0-2 Utsiktens BK.

The referee was Fredrik Oppong.

The Utsiktens BK boss Bosko Orovic does not have any fitness worries to speak of ahead of this match owing to a fully injury-free group available for selection.

Owing to a fully injury-free group available to choose from, the Orgryte manager Dane Ivarsson does not have any fitness concerns at all coming into this game.

We’re of the view that Utsiktens BK will most probably create the chances to score more than once when they line up against Orgryte, who may well struggle getting on the scoresheet.

Our tip is for a comfortable 2-0 winning margin for Utsiktens BK at the end of the 90 minutes. 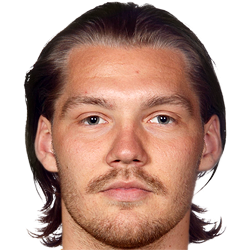 Mostly taking to the field in the Right Attacking Midfielder position, Karl Bohm was born in Sweden. Having made a first senior appearance for IFK Göteborg in the 2013 season, the dangerous Midfielder has bagged 5 league goals in this Superettan 2022 campaign to date from a total of 13 appearances.

We have made these Utsiktens BK v Orgryte predictions for this match preview with the best intentions, but no profits are guaranteed. Please always gamble responsibly, only with money that you can afford to lose. Good luck with your selections.