Osasuna will face their next test on Wednesday as they head into this looming Copa del Rey match against Real Betis.

To see all of our predictions, user poll & stats for Real Betis v Osasuna, scroll down - plus the latest betting odds.

Real Betis head into this game coming off the back of a 2-2 Supercopa drawn match vs Barcelona.

In that game, Real Betis had 39% possession and 15 attempts on goal with 7 of them on target. For Real Betis, the scorers were Nabil Fekir (77') and Loren Morón (101'). At the other end, Barcelona got 12 shots at goal with 6 on target. Robert Lewandowski (40') and Ansu Fati (93') scored for Barcelona. Barcelona won the match 2-4 in a dramatic penalty shootout.

It’s been a rare occasion in recent times that Real Betis have kept a clean sheet. The facts show that Real Betis have seen their defence breached in 5 of their previous 6 games, giving up 8 goals during that time. That pattern isn’t assured to be continued into this match, however.

Osasuna will come into the meeting after a 1-0 La Liga win with the eclipse of Mallorca in their most recent fixture.

Throughout their six previous matches, Jagoba Arrasate's Osasuna have converted a total of 10 times thus giving them the goals scored per game average of 1.67.

A review of their past head to head results going back to 08/07/2020 shows that these encounters have not been fruitful for Osasuna. They have not managed to come away with any victories at all while Real Betis have been superior, finishing as winners in 100 per cent of those games where they have faced each other.

A total of 16 goals were scored between them in this period, with 14 from Béticos and 2 for Los Rojillos. That’s an average goals per game figure of 2.67.

The previous league meeting between these clubs was La Liga match day 3 on 26/08/2022 which finished with the scoreline of Real Betis 1-0 Osasuna.

In that game, Real Betis had 55% possession and 7 attempts at goal with 1 on target. The scorer was Borja Iglesias (34').

At the other end, Osasuna had 12 shots on goal with 2 of them on target.

There aren’t many selection issues, with just the sole fitness concern for the Real Betis boss Manuel Pellegrini to be concerned about thanks to an almost full-strength squad. Nabil Fekir (Muscle Injury) is out of contention.

Osasuna boss Jagoba Arrasate has not got a full squad to pick from. Rubén Peña (Torn Muscle Fibre), Kike Saverio (Fitness) and Nacho Vidal (Hamstring Injury) will miss out on this game.

We’re inclined to think that Osasuna have the firepower to score against this Real Betis lineup, although it possibly won’t be as many as they will have scored against them.

We’re tipping a very close game with a 2-1 winning score for Real Betis when all is said and done. There shouldn’t be much in it, either way. 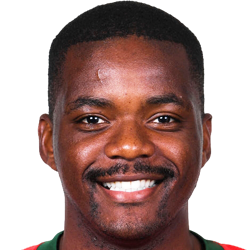 Usually playing in the Central Defensive Midfielder position, William Carvalho was born in Luanda, Angola. Having made a first senior appearance for Sporting Lisbon in the 2010 - 2011 season, the talented Midfielder has struck 2 league goals in this LaLiga 2022 - 2023 season to date from a total of 15 appearances.

We have made these Real Betis v Osasuna predictions for this match preview with the best intentions, but no profits are guaranteed. Please always gamble responsibly, only with money that you can afford to lose.