Oxford United come up against away side Rotherham United at Kassam Stadium in the League One game on Saturday.

All Oxford United v Rotherham United game predictions, stats and user poll are shown below - along with the latest match odds.

Oxford United will be looking for another win after a 3-1 League One triumph versus Fleetwood Town.

For Oxford United, the goals were scored by Luke McNally (5'), Cameron Brannagan (13') and Nathan Holland (69'). Jay Matete (40') was the scorer for Fleetwood Town.

Karl Robinson's Oxford United have hit the back of the net 14 times over their prior 6 outings. The number of goals that they have conceded in those games is 5.

Coming into this contest, Oxford United are unbeaten in their previous 3 home league matches.

Rotherham United will go into this clash after a 0-2 League One win with the downing of Ipswich Town in their most recent outing.

For Rotherham United, the scorers were Ben Wiles (24') and Shane Ferguson (59').

An offensively clinical Rotherham United have managed to bag an abundance of goals over their previous six encounters (19 to be exact). That’s given them the outstanding average of 3.17 goals scored per game for this period of time. That sort of trend isn’t assured to be carried forward into this match, however.

Coming into this meeting, Rotherham United remain unbeaten by Oxford United when they've played them away from home in the last 3 matches in the league.

A review of their prior head-to-head meetings dating back to 05/03/2013 shows that Oxford United have won 2 of these and Rotherham United 3, with the tally of drawn games standing at 1.

A lot of goals were also scored during this period, 26 overall which averages out at 4.33 goals per meeting.

The last league match featuring these sides was League One match day 27 on 11/01/2020 which finished with the scoreline of Oxford United 1-3 Rotherham United.

The Oxford United boss Karl Robinson does not have any fitness concerns whatsoever coming into this game owing to a fully injury-free group available for selection.

With a completely injury-free squad available for selection, the Rotherham United boss Paul Warne does not have any fitness concerns at all coming into this clash.

In our opinion, Oxford United will have to work hard as a team to get anything against this Rotherham United lineup who we think might do enough to score at the other end and edge ahead.

We’re going for a very even contest with a 0-1 win for Rotherham United at the end of the match. 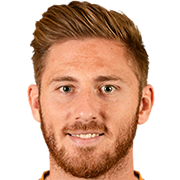 Customarily used in the Right Wing position, James Henry was born in Woodley, England. Having made his senior debut playing for Nottingham Forest in the 2006 - 2007 season, the accomplished Forward has managed 6 league goals in the League One 2021 - 2022 campaign to date from a total of 15 appearances.

We have made these Oxford United v Rotherham United predictions for this match preview with the best intentions, but no profits are guaranteed. Please always gamble responsibly, only with money that you can afford to lose. Good luck if you do place a bet today.