The League One tie at Stadium of Light on Friday sees home side Sunderland welcome Oxford United.

Our tips, poll and stats for Sunderland v Oxford United can all be found here - as well as the best betting odds.

Sunderland, buoyed by their previous result, will be hoping for more of the same after the 0-1 League One success versus Bristol Rovers.

The only scorer from Sunderland was Aiden O'Brien (39').

Their latest results really do illustrate the point that it has been a great time for the Sunderland defence. The Black Cats have kept it tight, resulting in the total number of goals that have gone in at their end over the course of their last 6 games standing at 1. That aside, we must now wait to see if such a trend might persist in this next match.

Their previous form shows that Sunderland:

Oxford United go into this meeting following a 2-1 League One win with the defeat of Lincoln City in their most recent fixture.

For Oxford United, the goals were scored by Anthony Forde (29') and Matty Taylor (57'). Anthony Scully (4') was the scorer for Lincoln City.

The stats tell the story, and Oxford United have been scored against in 5 of their last 6 games, letting opponents get 7 goals in total. At the back, The U's have been far from perfect.

Their prior results show that Oxford United:

A glance at their past head-to-head meetings stretching back to 01/09/2018 shows that Sunderland have won 2 of them and Oxford United 0, with the number of draws standing at 4.

A sum of 11 goals were shared by the two clubs in these games, with 7 for The Black Cats and 4 netted by The U's. The average number of goals per game works out to 1.83.

The last league fixture between the two was League One match day 2 on 19/09/2020 when the final score was Oxford United 0-2 Sunderland.

The referee was Darren Drysdale.

Regarding absentees, there’s just one fitness concern for the Sunderland manager Lee Johnson to be concerned with thanks to an almost full-strength group. Arbenit Xhemajli (Cruciate Ligament Surgery) is sidelined.

Out of a mainly full-strength group of players, there is just the one fitness issue for the Oxford United gaffer Karl Robinson to be concerned about. Marcus McGuane (Thigh Problems) misses out for this game.

Here, we’re thinking that Oxford United could find themselves up against it to find the net against this Sunderland outfit who we think might well do enough to score at the other end and edge ahead.

We’re therefore expecting a narrow 1-0 advantage for Sunderland at full-time. 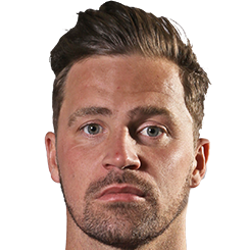 Generally played in the Right Attacking Midfielder position, Chris Maguire was born in Bellshill, Scotland. Having made his senior debut playing for Aberdeen in the 2005 - 2006 season, the skilful Midfielder has scored 4 league goals in the League One 2020 - 2021 campaign so far from a total of 29 appearances.

While we have made these predictions for Sunderland v Oxford United for this match preview with the best of intentions, no profits are guaranteed. Always gamble responsibly, and with what you can afford to lose. Best of luck.